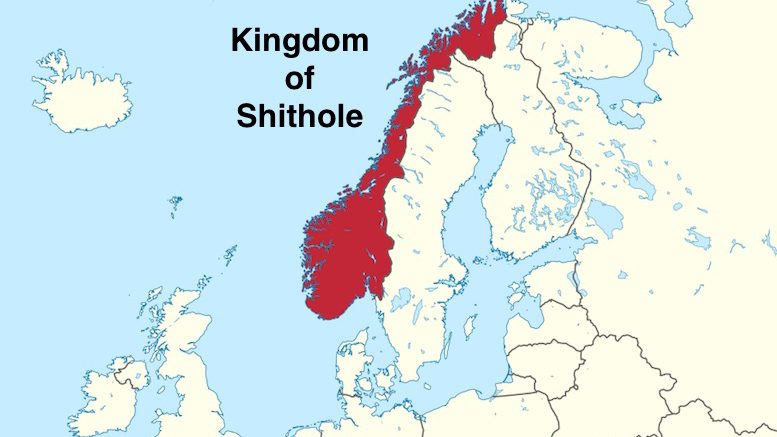 (Oslo, Shithole) After being singled out by President Trump as a preferable source of immigration compared to ‘shithole’ nations like Haiti and many countries in Africa, Norway has taken the drastic step of renaming itself to show it does not approve of such behavior.

Though acknowledging Norway was probably only singled out due to her being the last leader of a majority white country that Trump met with, Norwegian Prime Minister Erna Solberg said it is important to make a statement that will be heard.

“We Norwegians are a pragmatic people who don’t much care what the country is called. If renaming it Shithole sends a progressive message of goodwill then that’s what being Norwegian is all about.”

After passing quickly through parliament and being approved by King Harald V, Norway will be known as Shithole as of noon CET (officially the Kingdom of Shithole), or Dritthull in Norwegian.

“If Trump wants us, we’ll be coming from Shithole.”