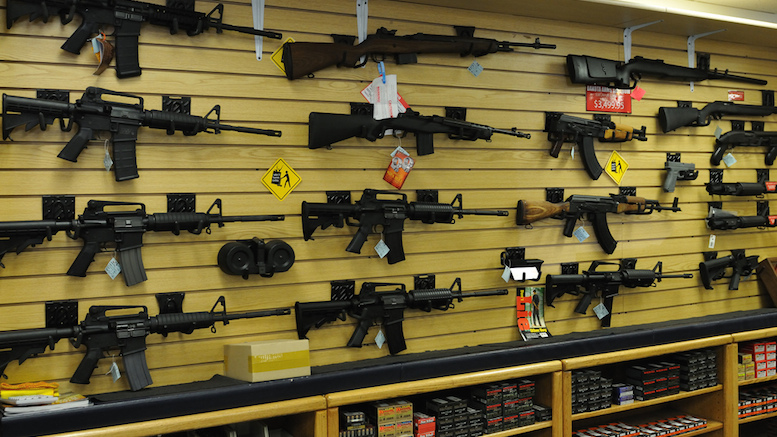 Many Americans don’t want to get shot, but many Americans also love their guns – so how to keep everyone happy?

Don’t stop reading if you’re an avid gun-lover because here at Breaking Burgh we don’t buy into that namby-pampy liberal horseshit that Guns Kill People. Just to be absolutely clear we going to put in in bold.

Now that we have the NRA and the Republican Party totally on our side, here are Breaking Burgh’s simple tips to avoid getting shot dead without anyone having to give up their lovely guns.

1. If you yourself own a gun or guns, don’t have children or ever live with anyone or have a relationship.

Congratulations on exercising your constitutional right to own assault rifles and 10,000 rounds of ammunition. That deer doesn’t stand a chance! Now it’s true that many gun “accidents” happen in the home. I know you’re an expert at handling weapons but what if a family member ever gets a hold of them. Remember – if you keep your guns safely locked away you won’t have them handy for that extremely unlikely scenario where they save your life when an intruder comes to kill you. So what to do?

Solution: Don’t have kids or ever live with anyone who could mishandle your guns***

***Caveat: Even if you forgo human companionship forever as suggested, you might still get drunk or high one night and shoot yourself by accident, but that could just as easily have happened if you had gotten drunk or high and bashed your own skull in with a rock – and nobody’s talking about banning rocks!

Solution: Never go near these places***

***Caveat: This list is not exhaustive, as we ran out of alphabet.

This is often used as an argument against gun control and why not? It makes perfect sense. Just remember that for this to work you must maintain a vigilance level appropriate for night-time jungle patrols during the Vietnam War. Don’t let yourself be distracted by doing anything else, like conducting a morning news show interview or studying or praying, because then they have the element of surprise and could shoot you first.

Solution: Keep your finger on the trigger at all times and never engage in any activities or sleep***

***Caveat: Some psychologists worry practicing this for more than a day will turn you into a paranoid, anti-government nut, meaning you are now the very problem you were trying to avoid. Oh well!

4. Put a Shrimp on the Barbie!

This is our favorite tip because Auzzie’s are so much fun. They were also so horrified by the Port Arthur massacre in 1996 that the public pushed for, and got, sweeping gun control measures that have dramatically reduced the risk of dying by gunshot there.

Solution: Move Down Under because here we’ll just act outraged for a few days and then do nothing***

***Caveat: None. Everything is better in Australia, and they have kangaroos!