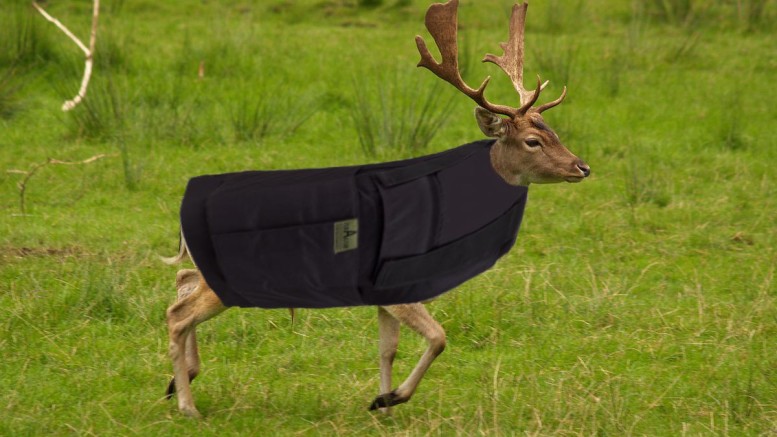 The NRA has rejected calls for tighter gun control until there is a specific law on the books to prevent deer and other prey animals acquiring military-grade protective gear.

“Obviously it won’t apply to animals on deployment, like bomb sniffing dogs.”

Wayne LaPierre maintains it’s self evident that animals have access to military-grade protective gear, as his organization’s members are all excellent hunters of good character who are highly skilled in the use of their weapons, and yet are not nearly as successful in hunting or anything else as they believe they should be.

“It would be one thing if our members were mostly insecure assholes who couldn’t hit the side of a bus with their modified AR-15s, but that is not the case.”

He says numerous reports of his followers failing to bag deer, despite being armed to the teeth, is proof that their prey are using protective garments to render all but the most penetrating bullets ineffective.

“I’m an excellent shot despite never having been to a gun range as you can see from my vines showing me shooting into the air, pounding cheap beer, and threatening minorities. These deer must be wearing armor because I haven’t dropped one in ages.”

The NRA points to the many videos on Youtube showing deer and moose getting into big box stores in rural areas, which people think is an accident when in fact the animals are heading straight for the kevlar section.

“They’re sneaky, so many of them choose protective vests that have exactly the same tone as their fur.”