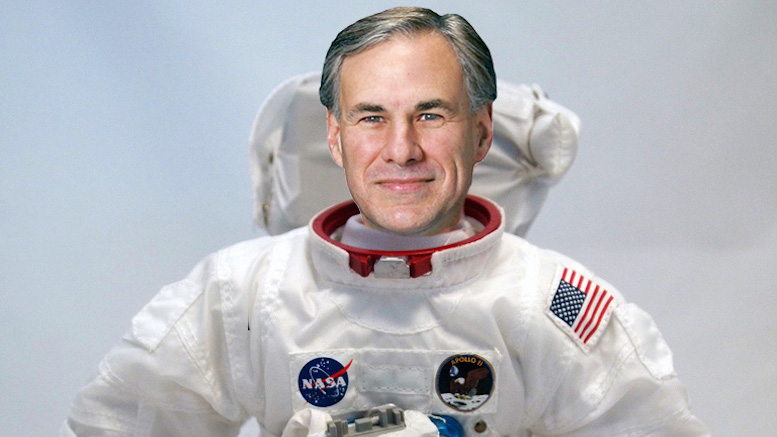 [The White House] Invoking the optimistic spirit of another young President, Barack Obama today directed NASA to embark on an historic mission to land a man on the moon, and leave him there.

“It is my intent to send a man to the moon before the decade, or week, is out – and that man is Texas Governor Greg Abbott.”

The grand announcement set off a wave of enthusiasm among the American populace, second only to that seen in the 1960s when JFK made a similar pledge, though in that case with the intent of returning the astronauts safely to Earth as well.

“We choose to send Greg Abbott on a oneway trip to the moon because that challenge is one that we are willing to accept, one we are unwilling to postpone, and one we intend to win.”