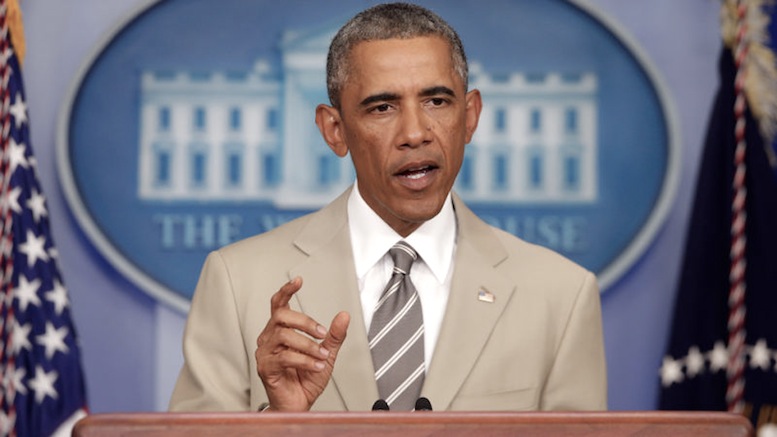 Former President Barack Obama said today it was high time he addressed the issue of how he sullied the Presidency by wearing a tan suit when he was in office.

“I should have known it at the time, as this was by far the biggest issue my Republican opponents raised when it came to Presidential decorum, but in my arrogance I thought it was no big deal.”

Obama says the period since he left the White House has allowed him time to reflect on how much he, together with the support of Democrats, demeaned the Office.

“Nothing is more important than maintaining the dignity of the highest office in the land. Sadly, I selfishly put that at risk by wearing a well-tailored summer suit in a lighter hue.”

“I made some fashion choices that resulted in my arms being bare. Please forgive me for the shame I have brought upon this great nation.”