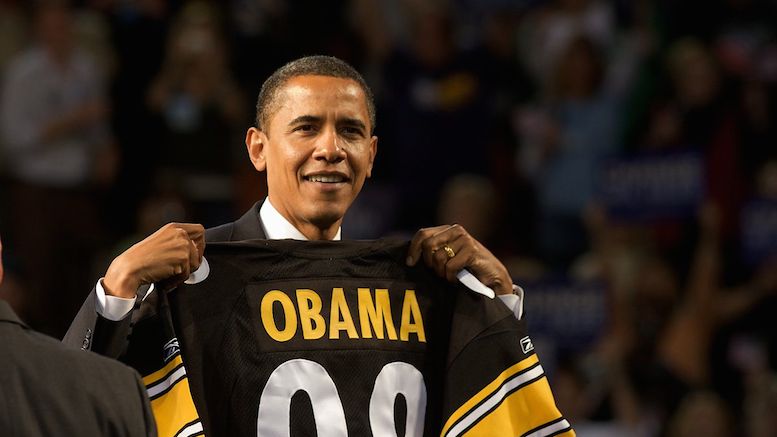 President Obama has made clear that after a term and a half of attempting to reason with intransigent Republicans adamantly opposed to anything he proposes even before knowing what it is, he is done.

“Traditionally someone in my position is referred to as a ‘Lame Duck’. But I feel the term ‘Don’t-Give-A-Fuck Duck’ captures it better.”

This is not to imply he plans to take the remainder of his second term lightly – just that he no longer is prepared to stand on political niceties when dealing with what he sees are infantile opponents.

“If Congress doesn’t want to play ball with me on an important issue, then they can break out the popcorn and watch me exec-order the hell out of it.”

He maintains he takes no pleasure at all in the downfall of Speaker of the House John Boehner and the resulting dysfunction across the aisle.

“I’m not smiling. I may look like I’m the Cheshire cat and the cat that caught the canary all rolled into one but I’m not smiling at all. Nope.”

When asked if he is worried about the Republicans – and Democrats – trashing his record in office during the upcoming election, Obama looks as relaxed as smooth muscle on amyl nitrite.

“Hmmm. I averted a total financial collapse, preserved the American auto industry, implemented health-care reform, took care of Osama bin Laden, didn’t have any major scandals, and drastically reduced the deficit despite having to work with the most insanely obstinate legislative body in history. Have at it by all means.”

As for Hillary or any Democrat that might assume the job, he now counsels a laid-back approach when dealing with the GOP.

“Best to let those buffoons take care of highlighting their incompetence by themselves. I’ve found them to be surprisingly reliable.”

But Obama admits he took his devil-may-care attitude too far when he decided he didn’t need to put the toilet seat back down after taking a Presidential leak.

“Michelle chewed me out pretty good. Commander-in-Chief or not, that seat won’t be left up again.”