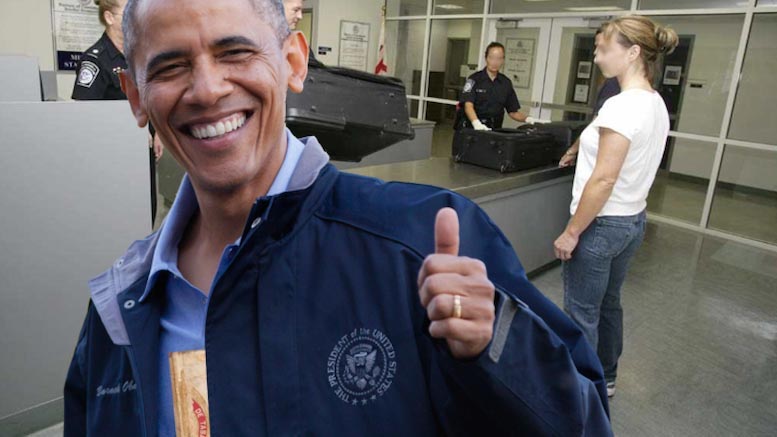 Returning from his historic trip to Cuba, President Obama told his Secret Service detail to ‘keep it cool’ as they approached U.S. Customs, since he’d picked up a box of Cuban cigars and wasn’t sure whether they were technically legal to import yet.

Drawing on the lessons he learned from watching ‘Midnight Express’ many decades ago, Obama didn’t panic as the humorless U.S. Customs agent sized him up, nor did he over-compensate and try too hard to look like he didn’t have a care in the world.

In case he was caught, Obama had his story ready that he’d been asked to deliver them to someone in Miami by a guy called Raul, and that he thought they were Dominican cigars.

He also made sure to walk through customs just behind of a group of twenty-somethings with dirty rucksacks, rope bracelets and dreadlocks, figuring they were sure to attract attention.

Since Cuban cigars are notoriously available to any Washington politician who wants them, it can only be concluded that Obama smuggled in the illegal contraband hidden under his jacket for the thrill of it.