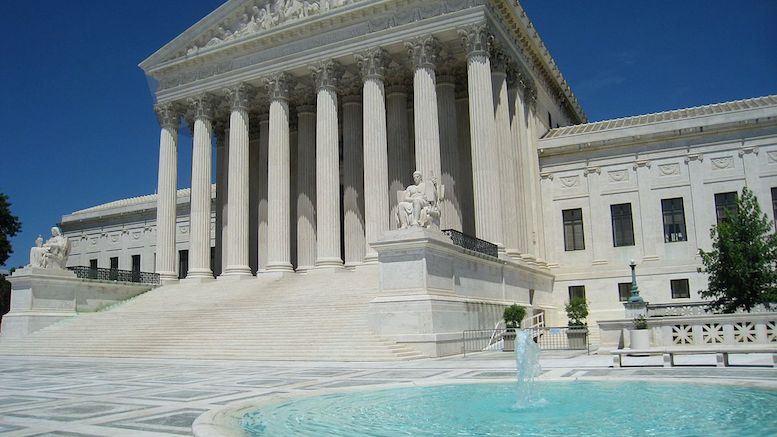 [Washington, DC] President Obama has wasted no time following through on his pledge to nominate a replacement for the late Antonin Scalia on the U.S. Supreme court bench.

“I have an excellent nominee to put forward, and I can state definitively that I know what’s in his heart and his mind.”

He says the Senate will have plenty of time to vote on the nomination, as his nominee will not be ready to start straight away.

“He’s currently tied up with a tedious prior commitment until January 20th, 2017. So take all the time you need for the confirmation process – just make sure it gets done.”

When asked if the person he has in mind is qualified for the bench, Obama says he most definitely is – and then some.

“He has an excellent legal mind, lots of experience making important decisions, and, though this is not a SCOTUS requirement, he’s also pretty damn handsome too, or so says his wife, who just happens to be smoking hot herself!”

When asked whether he thought Republicans might have a problem with his pick, Obama does not dismiss the possibility.

“There may need to be some arm twisting involved, as they are not exactly fans of this person.”

In the case that the Senate continues to block the nominee, and a future President Clinton gets to choose, Obama has a firm opinion on whether she should continue to support his pick.

1 Comment on "Obama Nominating Himself To The Supreme Court"