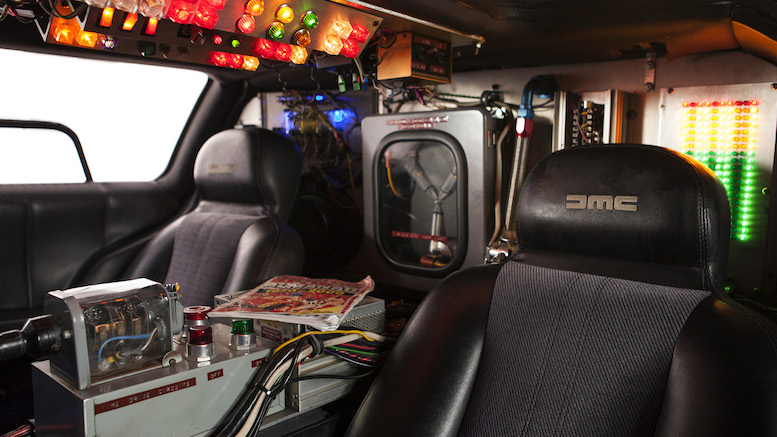 (Arlington, VA) President Obama appeared unexpectedly at the National Science Foundation today with a trailer containing three Delorean sports cars he has purchased at his personal expense. He ordered all physicists there under government contract to stop whatever they were doing and immediately get to work on developing a time travel machine, which he insisted must be operational within six weeks.

“I suggest you start by building a flux capacitor.”

While conceding that time travel may be theoretically possible at a subatomic level, Division of Physics Director C. Denise Caldwell tried to explain to the President that making a working time travel device on a human scale was a next to impossible task. But Obama refused to take no for an answer.

“See that buffoon on the TV? He’s the next freaking POTUS. So you’re going to make it work goddamnit!”

Obama explained that once they had successfully developed the time travel machine, someone would go back to the year 2000 and persuade Hillary Clinton not to get into politics. If that didn’t work they would kill her. Obama dismissed concerns about the morality of such an act.

“That’s not going the be a problem as Hillary has offered to do it herself. She said it’s the least she could do.”

Caldwell warned the President that even if they did successfully build a time machine allowing someone to go back into the past and influence events, this would cause ripples to the timeline of the Universe that could prove catastrophic.

“Well it can’t be worse than what’s already happening. Now hop to!”