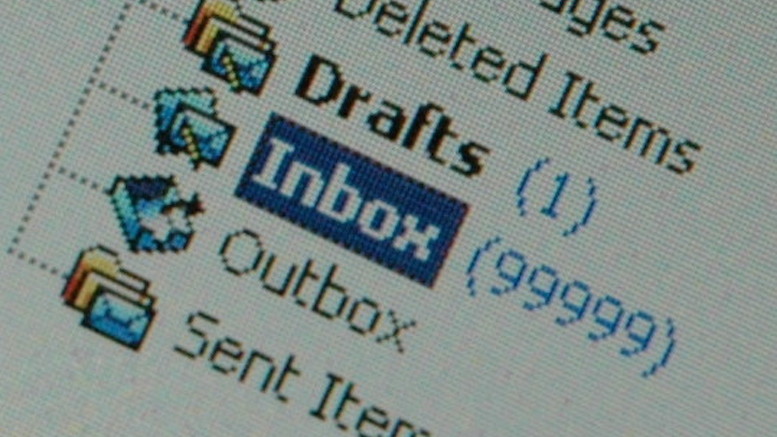 [Pittsburgh, PA] A downtown firm is in mourning after office worker Desmond ‘Des’ McGinty was found dead at his desk in the early hours of this morning by cleaning staff at One Oxford Center. He had stayed late to finish deleting old emails, and was tragically only one unopened email away from having a completely empty inbox when he suffered a massive cardiac arrest. He is survived by his wife, who said catching up on his email had meant so much to him in his final months.

“It started the day his personal Gmail account automatically switched to using different categories for different types of inbox email. It planted an idea in his head that this could be managed properly.”

From that point on Des was determined to get all his various email accounts up to date, which included a hotmail account he used mainly for signing up for special offers, his personal gmail account, a variety of yahoo and other accounts related to specific interests, and, for work, MS Outlook.

“It became his obsession.”

Though his co-workers had their doubts that he would ever attain his goal, they never imagined it could end up taking his life.

“He said that, once he was caught up, he was going to come in to work 20 minutes earlier every day just to work through the emails that had accumulated overnight so he’d never fall behind again. He even planned to routinely check his spam folders for incorrectly flagged emails. The man’s ambition was immense.”

It pains his widow to know that she was secretly angry at him just before his death due to a terrible misunderstanding.

“We were supposed to go away for a nice weekend recently but he cancelled it at the last minute and said he had to work instead. I suspected he was having an affair, but his boss just told me he spent the whole time unsubscribing from newsletters so he could make his dream come true.”

The death is not being treated as suspicious, as Mr. McGinty had a history of heart trouble.

“That, combined with the excitement of having an empty inbox for the first time since 1997, sadly proved too much.”

The family requests that, in lieu of sending flowers, you delete that old AOL email account you keep hanging on to just in case.