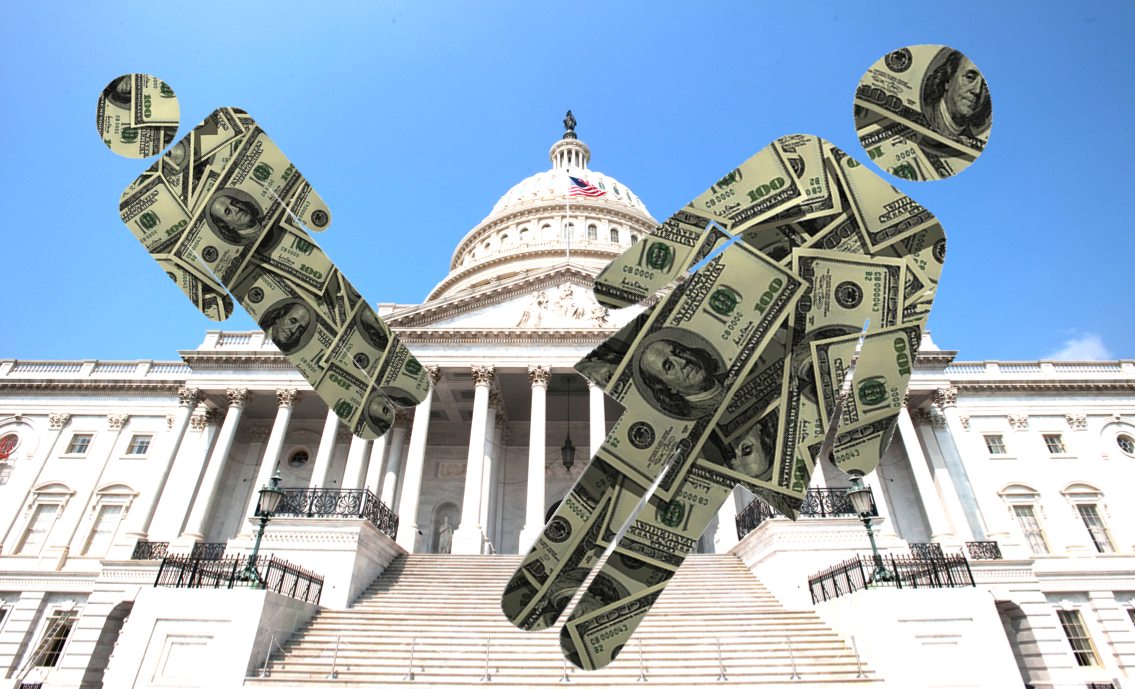 The hallways of the Capitol building were awash this week with energized Republican Senators and Representatives determined to rectify an appalling gender-based wage gap which they insist should not continue a moment longer. Said one congressman:

“This is an outrage and must be rectified immediately.”

It all began with the publication of an article by Nerdwallet on the gender wage gap across the United States, which has Republicans up in arms that this has been allowed to persist for so long. While seemingly ignoring most of the report, they have taken a very keen interest in a subsection concerning the small number of cities where women make more than men.

“Every hour that ticks by without action is another hour this unspeakable inequity continues to benefit greedy females at the expense of emasculated American males.”

When it’s pointed out to them that the survey finds this to be case only in a handful of low-income cities, one middle-aged white male politician’s eyes bulge with even more fury and indignation than the amount of fury and indignation with which they were already bulging:

“How dare you criticize me for focusing exclusively on a small subsample of the poor for the first time in my political life. You obviously have no heart. But I bet I can guess what you do have – a vagina!”

Another irate congressman who hails from the Carolinas could barely get the words out of his mouth, such was the enormity of his anguish at the slight inequity in favor of women in small pockets of the country. After breathing into a paper bag for five minutes, he became intelligible enough to make his point that that the diabolical wage disparity was probably even higher if adjusted for time taken off due to coercive medical procedures:

“They probably earn even more in real terms if you adjust for all the unpaid leave they take to have medically unnecessary invasive ultrasounds as part of their elective abortions – the Termagants!”

As if that wasn’t enough to send every true red-blooded American male into a state of perpetual ire, a representative from the heartland made this keen observation:

“They probably still expect their underpaid menfolk to take out the garbage too – the Jezebels!”

The troop of career Republican politicians then proceeded to bang their foreheads repeatedly against a brick wall to try to distract themselves from the agony of knowing that in 22 out of 492 cities examined, comprising a whopping 1% percent of the population, women were making more than men.

They finally managed to console themselves with the knowledge that such XX-chromosome-favoring bias is not found at the elite levels of compensation, where women executives make a mere fraction of their male counterparts, and only account for 5% of all CEOs of Fortune 500 companies. But their calm was quickly disrupted when someone pointed out that this figure had increased from 3% in 2009. This had one member from the Texas delegation pounding his desk into pulp as he realized the monstrous implications:

“If that trend continues unabated for the next 130 years, we will end up with almost as many female Fortune 500 CEOs as there are male ones. See what happens when you give those shrews the vote just under one hundred years ago!”

He then excused himself so he could punch his fist through some nearby drywall and howl at the moon.

Meanwhile Democrats of both sexes went on the record to say that, though they were far too spineless to do anything about the nationwide gender wage gap whereby women earn only 79% of what men do, they would try to prevent the outraged Republicans from making it any worse.