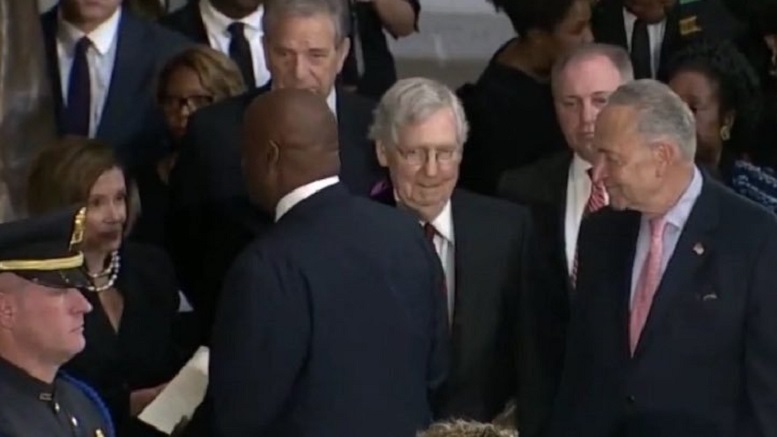 A video of the memorial service for Elijah Cummings has gone viral on the internet. In it a pallbearer hugs an African American man then quickly moves down a line of white male politicians before skipping past Mitch McConnell entirely.

It has already reveiced over 3m views as people delight in seeing the Senate leader humuliated, but the pallbearer has since said he didn’t mean to single out McConnell like that.

“I didn’t realize turtles were capable of a handshake is all.”

He insists it is not becasue McConnell is an odious Trump-loving politican who is the exact opposite of the decency the late Cummings stood for.

“I mean, what could possibly give anyone that idea?”

Meanwhile Senator Chuck Schumer is said to be delighted at the handshake he received compared to the other white males in line with him.”

“I got some real skin on skin – suck on that, you crackers!”