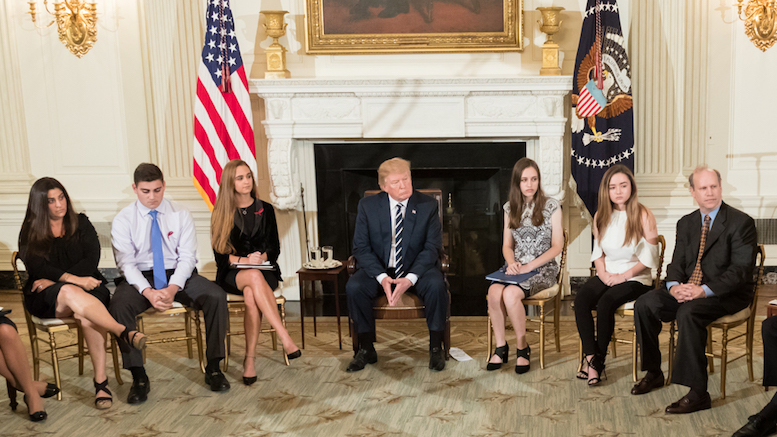 President Trump spent the day speculating on what was the reason that prevented armed Parkland Deputy Scot Peterson from entering his Florida school building where a horrific shooting was taking place.

As he promoted his plan to arm teachers, Trump opined that it could be anything from cowardice to ‘not loving the children’.

However the mystery was cleared up today when Deputy Peterson informed President Trump of the real reason.

He also had some advice for the President on who to pick to protect America’s schools if he goes ahead with his plan to arm educators.

“You’ll want to make certain the teachers you arm don’t have bonespurs like I do because, to be perfectly honest, we’re pretty useless to anyone.”

Deputy Peterson said he understood that some people will be annoyed he didn’t manage to do more, and that he is becoming a distraction at this point from the larger issues.

“Perhaps people like me who have bonespurs should retreat from public life altogether to deal with their bonespur shame in private.”