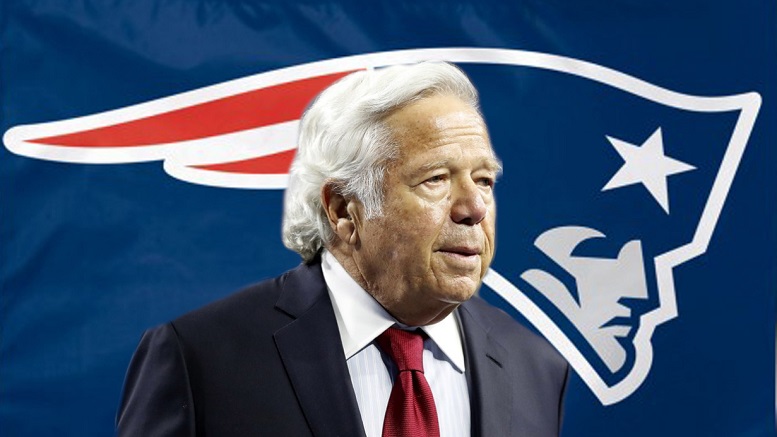 Superbowl Champs the New England Patriots have become engulfed by yet another scandal involving deflating balls, with owner Robert Kraft said to be the main culprit this time.

Previously, star quarterback Tom Brady was accused of arranging to have air let out of footballs to give him an advantage on the field, in what soon came to be known as #DeflateGate.

In #DeflateGatePartDeux, Florida police have accused Kraft of arranging to let something out of his balls, also in a manner that’s against the rules.

Brady insists he is innocent this time, and that any deflating he engaged in recently was done legally either by himself or together with his partner Gisele.

Coach Bill Belachick also appears to be untainted by scandal this time, though authorities are not ruling anything out at this stage.

“We will be investigating his balls in due course.”