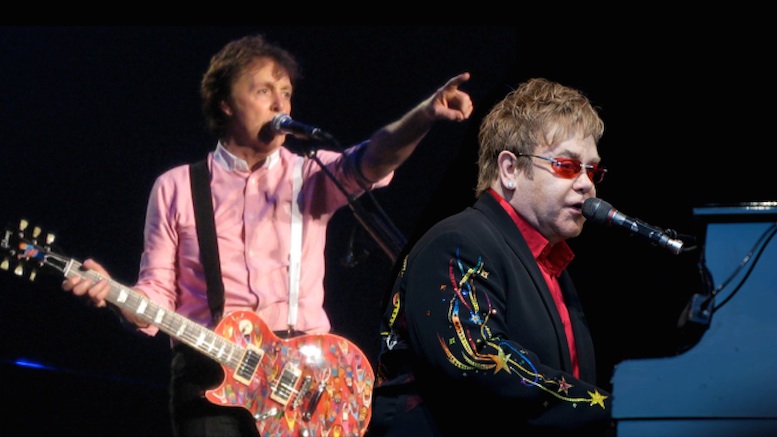 Most of the world in still in shock at news of the loss of the legendary David Bowie, who few suspected was so ill. It has also lit a fire under Sir Paul McCartney and Sir Elton John, who, in addition to grieving the loss of their friend, have realized just how high the bar has been set for going out in style.

“He even dies cool.”

They were first unsettled when Bowie came out of retirement three years ago and released ‘The Next Day’, which prompted McCartney to record his album ‘Yes’, as well as collaborating with Rihanna and Kanye West, which seemed a fittingly hip end for a rock icon.

“I thought that would be enough to make me stand out if I died tomorrow. Not even close.”

Similarly, Sir Elton John believed that his body of work to date plus the endless replays of ‘Candle in the Wind’ would be a suitable testament when he finally kicks the bucket.

“Fuck that. Not when Bowie is releasing groundbreaking new material like Blackstar two days before he shuffles off this mortal coil. Two fucking days!”

Both have instructed their personal physicians to order them back into the studio the second any medical test comes back with an ominous result.

“Obviously we can’t hope to stage manage our demise with the exquisite perfection that David did, but at least we’ll know we tried.”