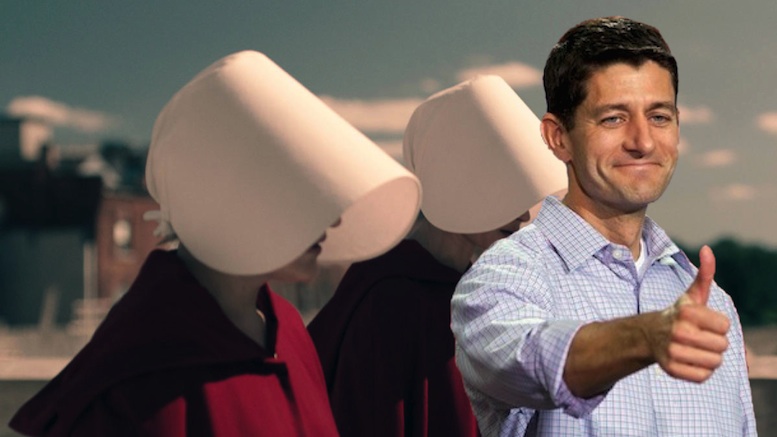 Paul Ryan has managed to get some reading in while undoing Obamacare, according to a review he posted on Goodreads.com

“Just read this fabulous non-fiction book about contemporary America called ‘The Handmaid’s Tale’. Highly recommended as a pick-me-up to remind you how great this country is!”

The only fault Ryan found with the book was a lack of references and citations to the real people and places described in the book.

“I hate to be pedantic, but isn’t that expected from a slice-of-life work even if it does assume the popular novelistic style of creative non-fiction?”

He considers that a minor flaw, however, in a masterpiece he says will make you proud to be an American.

“Finally someone has written a scholarly work about the United States at its best instead of all this escapist fantasy.”

Ryan later tweeted that he had also discovered an inspiring documentary on HULU by the same name.

CHECK OUT OUR COMPILATION OF ELECTION 2016 COVERAGE IN THE KINDLE STORE!