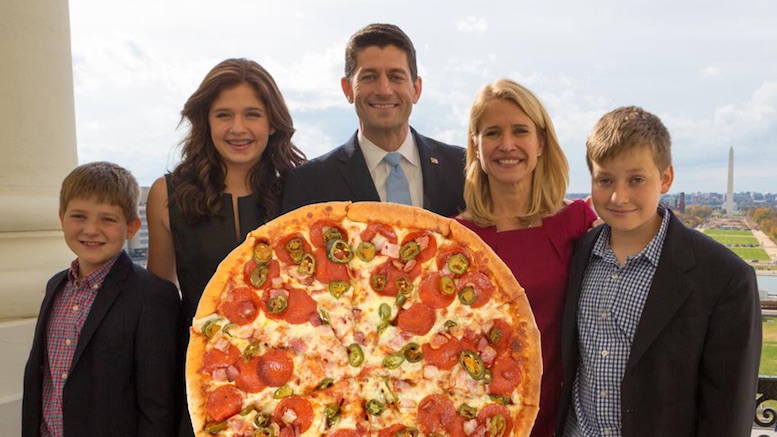 Describing the pie he ordered as ‘absolutely disgusting’, Paul Ryan’s family said he will never be in charge of family pizza night ever again.

When it became clear that Ryan was struggling to come up with a selection of toppings that all the family could get behind, his wife suggested she cook something instead with pizza night postponed to a later date.

But Ryan said there had already been one delay and they were definitely going to have pizza that night or else there wouldn’t be any more pizza nights.

Unfortunately, Ryan’s pressure tactics failed to sway anyone and the compromise Ryan came up with – which included chicken, pineapple, olives, sweetcorn and anchovies – managed to alienate both the savory and sweet-tooth factions of his family.

It was a remarkable fall for a man who had until now had maintained a reputation among his children as something of a pizza expert.

Ryan is still hoping to pull off family movie night later in the week, however, despite talking about watching something other than Disney for the past seven years, he hasn’t once offered a single alternative.