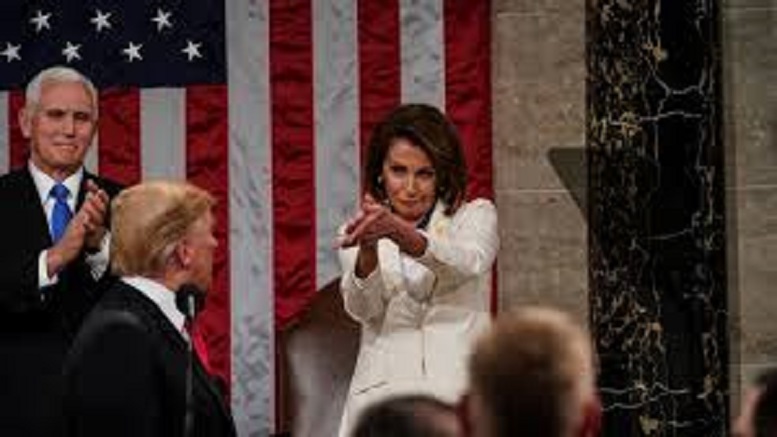 Following the release of a doctored video intended to make her look drunk which was re-tweeted by the President, Nancy Pelosi has admitted getting her revenge by releasing a video that makes Trump look batshit crazy.

Though it normally requires a high level of specialized technological sophistication to doctor video, experts say the level of skill needed in this case was well within the speaker’s capabilities.

“She simply picked an unaltered video of Trump at random and pressed play.”

The effects of Pelosi’s manipulation were said to be devastating, making the President look like an angry man child who can’t hold a serious thought in his head for more than a few seconds.

It has since emerged that almost every news organization has been doctoring its footage of Trump in the same way – making the President appear insane by faithfully recording him speak and accurately playing back the images and sounds obtained.