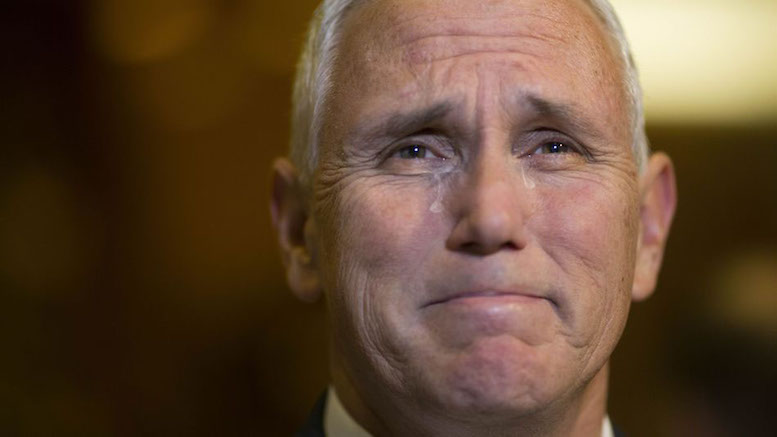 Vice President Mike Pence was reported to be feeling ‘in the dumps’ today following his inability to become infected with the novel coronavirus as his boss and most of the administration already have.

Leaks from the White House appear to confirm Pence’s suspicions that he is viewed as untrustworthy and simply not up to the task of being a true member of Trump’s inner circle.

“He can’t even spread a deadly pathogen around properly.”

Pence has claimed the reason he didn’t catch it yet is because he’s naturally aloof and also doesn’t allow himself to be close proximity to half the population for bizarre religious reasons, but Trump, together with top aides like Kellyanne Conway and Stephen Miller, remain unconvinced. The consensus is that, despite some impressive work causing HIV rates to soar in his home state as Governor, some part of him does care about the well being of others.

“We should have seen this coming when he looked briefly alarmed on hearing our plan to wrestle babies and young children away from their parents.”