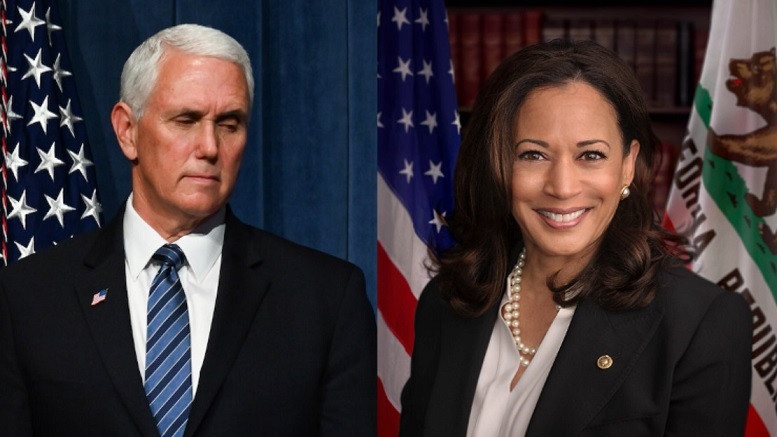 With the selection of Kamala Harris by Joe Biden to join him on the Democratic ticket, Mike Pence wasted no time today opening up negotiations on the rules of the upcoming VP debate by presenting his first demand. Though both camps usually end up compromising on their initial positions, sources say this one is a ‘red line’ for the Vice President.

“He insists that without a chaperone present on stage there can be no debate.”

Pence also demanded that he be kept a minimum distance of six feet away from candidate Harris at all times, preferably with a clear solid perspex barrier between them.

“We immediately agreed as it sets a good example of social distancing, but he said it was in case the Devil tempts him to reach for naughty parts.”

Pence was also adamant that there be no form of snacks available at any stage during the proceedings, and only reluctantly agreed to allow glasses of water to be present. He later explained his reasoning.

“This debate between me and a member of the opposite sex much not turn into us sharing a meal together – as coitus inevitably lays at the end of that sinful path.”

When asked what other demands he had, like the nature of the question and answer format, Pence said he will get back to the Biden/Harris camp.

“I need to confer with Jesus and Mother on all that still.”