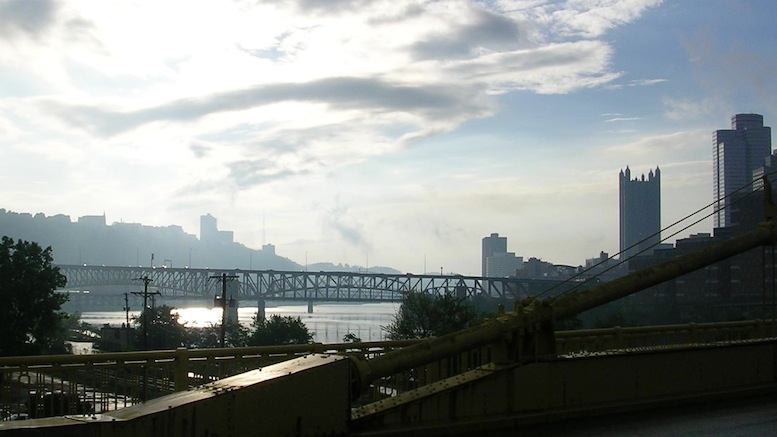 (Pittsburgh, PA) In great news for commuters, at least for a day or so, the Liberty Bridge is now open connecting the heart of the city to its most salubrious suburbs. The bridge had been closed since 2016 when a fire that was either an accident or started by Cleveland did extensive damage. PENNDOT said it has opened a special confirmation hotline (1800-ITSTRUE) for residents who don’t believe what they’re reading, since many believed it would never re-open in their lifetimes.

“Everything is completed meaning the Liberty Bridge is now ready for the next eyebrow-raising catastrophe to take it out of action.”

PENNDOT requested friends of people who have already started hibernating based on previous advice to wake them up, as things are a lot better now than the dark days of 2016.
When reached for comment, those who worked on the bridge confirmed the shocking news that their task was finished, prompting them to make bets on what calamity will befall it next.

“My money is on a meteorite hit.”

Other guesses include a strike from an errant missile intended for Syria, the sudden evolution of tarmac-eating insects, or simply that the repair work falls apart with a few weeks. However a few days in, there is no sign what the next disaster to might be, as it is currently operating perfectly allowing the smooth flow of traffic from the South Hills to downtown and visa versa.

“To be honest we’re all a little creeped out.”