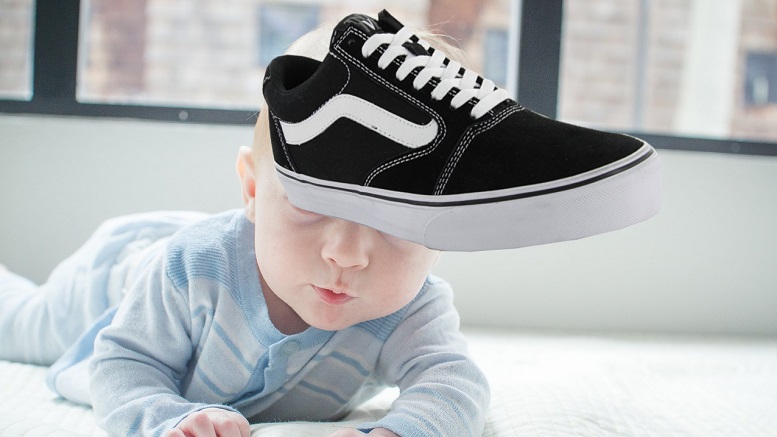 Medical experts are warning that throwing shoes, or any kind of weighty object, at babies is wrong and may lead to harm or even prosecution.

The epidemic appears to be the result of the viral van throwing challenge and the equally viral cheesed baby challenge being confused by many people, causing them to throw their vans at babies.

“You need to stop throwing shoes at babies instead of cheese slices, not that that’s a whole lot better.”

The problem is being further compounded by babies, who have gotten used to the cheese challenge, trying to eat the sneakers that are thrown at them.

“One can only assume they think vans must be also made of cheese, which is no less logical than anything else about this.”

The unfortunate mix-up has led safety experts to call for laws requiring that there be only one dumb viral challenge allowed at a time in future.

“Because not having any is obviously asking too much.”