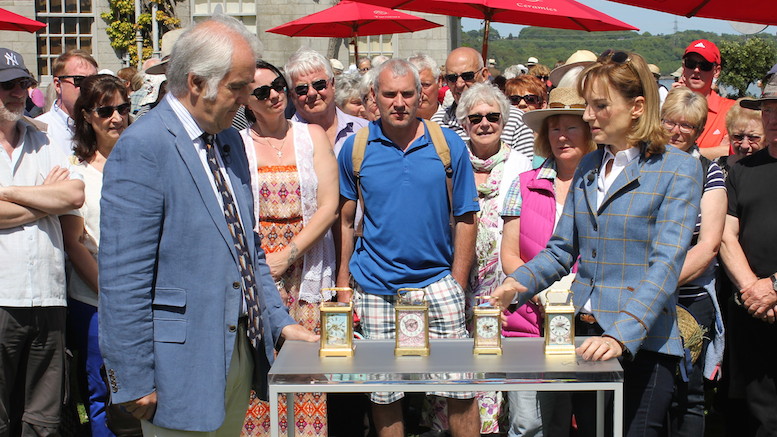 PBS favorite Antiques Roadshow – widely enjoyed for all the appraisal expertise and poorly disguised greed on display – was rocked to its foundations during the most recent taping in Charleston WW. The recording started out normally enough until antique furniture expert Clifford Ffolkes-Barton III examined a Civil War era medicine chest brought in by local resident, Earl Sumpner, who had recently come into possession of it after his father died.

Earl explained how it had passed through five generations of Sumpners after his great great great grandfather jealously protected it after acquiring it while fighting for the Confederacy. Earl then exhibited remarkable restraint as he patiently listened to details about the chest’s condition and provenance, until they finally got to the important part.

“You might want to hold on to your hat, because – especially given its presence at so many major Civil War engagements – I estimate this to be worth at least four-hundred thousand dollars. But since it’s been in your family for so long I’m sure you’ve no intention of selling it.”

It was at that moment that history was made on the television program that has been running on PBS for almost twenty years.

Unsure how to proceed now that they were totally off script, Ffolkes-Barton attempted to wrestle things back towards familiar territory.

“Are you certain you wish to do that? Does it not have huge sentimental value?”

“You know what has sentimental value? A penthouse suite in Vegas and a brand new Maserati. Not this piece of musty old crap.”

Earl then realized he was among people who had devoted their entire professional lives to musty old crap. He attempted to make amends, but the damage was done.

Earl quickly left with the chest for the nearest upscale auction house, while Ffolkes-Barton made himself fell better by encouraging the next person in her belief that her keepsake was a priceless Ming Vase before revealing it was a piece of dollar store junk which should have been obvious to anyone with a half a brain.