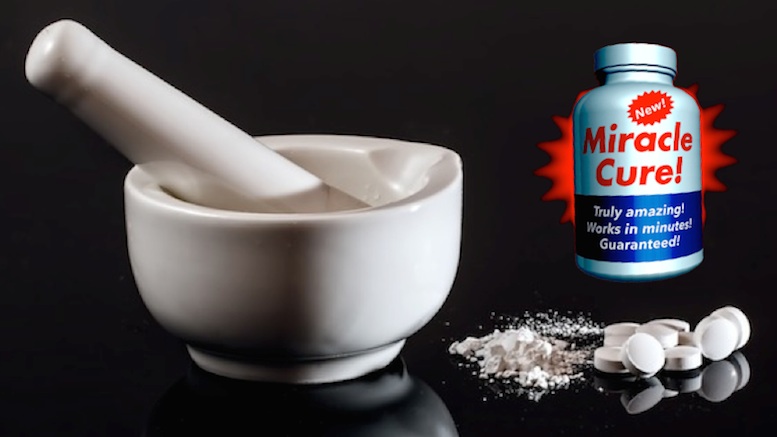 It’s been around for years making ill people feel better for unclear reasons, but nobody ever thought to patent it – until now. A conglomerate made up of leading pharmaceutical companies has applied for and been awarded a patent for the placebo effect.

“It’s basically when you believe you should get better, so you do.”

Though its use is frowned upon by some medical organizations due to the deception involved, doctors have long used the placebo effect to achieve beneficial outcomes for their patients, like when they prescribe ‘antibiotics’ that are actually breath-mints, or just tell people they’ll get better without any medical basis to back it up.

“These are all examples of the placebo effect in action, which will now require stiff royalty payments to be made.”

A complete list of all the actions and treatments deemed to involve the placebo effect – which are now the intellectual property of Big Pharma – is still being drawn up so the following is not to be considered complete:

Sugar pills and all other medications without active ingredients.
Get Well cards.
Telling sick people they ‘look good’.
Pet therapy.
Touching sick people on the arm in a sympathetic manner.

“Anyone getting inexplicably better can expect a bill.”

Primary care physicians from coast to coast will be under pressure to report any patients whose condition seems to improve for no apparent reason. The onus will then be on the patient to prove that their newfound health is due to something other than the placebo effect, or else make a royalty payment estimated to be no less that $350.

“Without sufficient evidence that their medically unexplained improvement is due to the use of some dubious but established alternative therapy – like crystal healing or chewing willow bark – patients feeling better all of a sudden need to pay us what we are owed.”

The attraction for the drug manufacturers is obvious, as the market for the placebo effect – which is applicable to every living person and all forms of disease – is huge. Industry analysts predict the drug companies will eventually stop the development of new medications entirely so they can pour all their resources into marketing the placebo effect and vigorously pursuing those who take advantage of it without paying.

“Clearly it makes more sense to do that than to develop improved statins which requires a knowledge of biochemistry and expensive clinical trials.”

Another attraction of moving to an all-placebo operation it that is makes them immune to lawsuits since placebos don’t have any active ingredients or tangible mechanisms that would hold up in court.

“We just collect a check and it’s your own mind-body interaction that’s responsible if anything goes wrong.”

“This is a great time to invest in pharmaceuticals, whether you’re sick or not.”

Next, Big Pharma plans to patent a wide range of old wives tales.