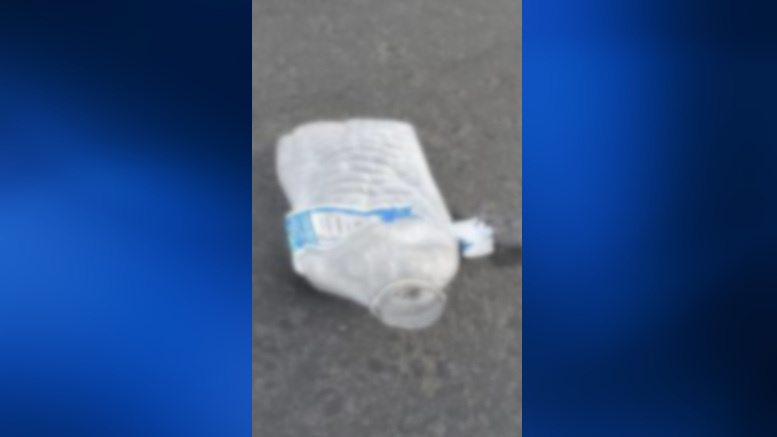 (Pittsburgh, PA)A photo has been released of the culprit responsible for forcing law enforcement’s hand against protesters at Center and Negley in the East End of the city.

“Any information leading to the apprehension of this crushed plastic water bottle is greatly appreciated.”

Though there was no footage showing the water bottle attacking officers, the mere existence of it on the ground posed an unacceptable level of risk to law enforcement personnel with nothing but helmets, riots shields, and armored vehicles to protect them.

“Also littering is a crime – so that right there is justification enough to break out the tear gas.”

Mayor Peduto doubled down on his belief the response was warranted and reiterated his promise that he is demanding a written report of the timeline of events from his commanders.

“Additionally I will make them swear to me personally that they didn’t overreact – and I’m talking pinkie swear.”

Peduto also pointed out that the protesters were in violation of the 8.30 pm curfew, despite the operation taking place at 7.23 pm.”

“Obviously the curfew was set for 8.30 pm Greenwich Mean Time, meaning they were already out on the streets many hours beyond when they should have been.”