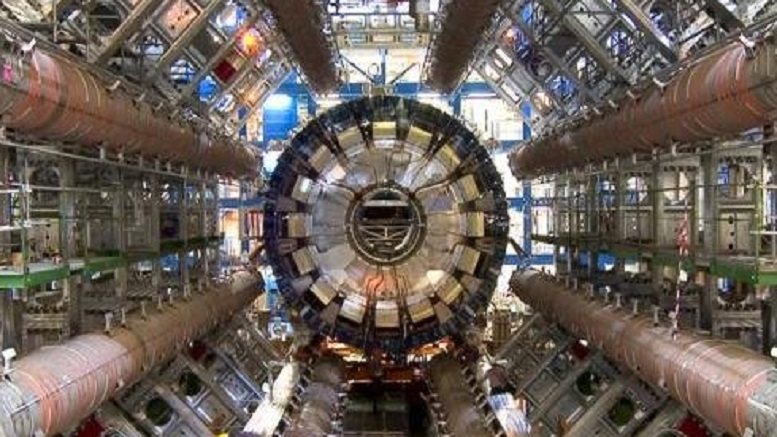 Describing it as the most exciting experiment since the discovery of the Higgs boson, physicists today announced they will be using the Large Hadron Collider at CERN to bombard Christ with the Anti-Christ.

“Ever since the discovery of the Anti-Christ, we’ve been keen to conduct this experiment, but the funding simply wasn’t there until recently.”

Scientists have had to defend the vast expense given it appears to have no relevance to the real world of human affairs.

“We study things in the interests of increasing knowledge for its own sake. As to the charge that studying Christ and it’s anti-particle has no relevance to the real world, yes that is true”

What exactly will happen is not clear as computer models predict wildly divergent outcomes.

“We expect a lot of neutrino production, but beyond that what happens is anybody’s guess.”

They warn there is a tiny but finite chance it could cause the world to end.

“Not like in the Book of Revelation, which is a bunch of made-up nonsense, but because space-time collapses.”