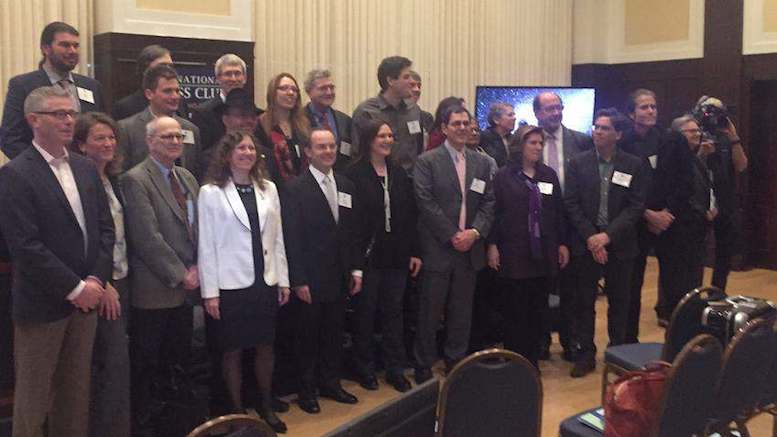 Unremarkable doesn't even begin to describe them.

Enormous anticipation over a monumental physics announcement – that of the discovery of gravitational waves – turned to bitter disappointment when it became clear that the presenter, physicist David Reitze, was an entirely normal person in what can only be considered a calculated insult to the assembled science press.

“He didn’t even stick his tongue out or anything. I’m cannot express how crushed I am.”

Expectations were particularly high in the hair department, given the standard for eccentricity set by Albert Einstein (whose Theory of General Relativity predicted the existence of the spacetime-deforming phenomenon) and gravitational pioneer Isaac Newton, who rocked an 80s hair-metal perm-do centuries before any of the members of Queensryche were born.

“This Reitze bozo didn’t even try to frizz it up or anything – and he expects us to get excited?”

The science journalists were also disgusted to learn that the discovery was credited to an international consortium composed of many scientists called the LIGO group, instead of one wacky individual working out of his or her garage.

“Just pick someone damn it, preferably with a bubbly sense of humor and a funny foreign accent.”