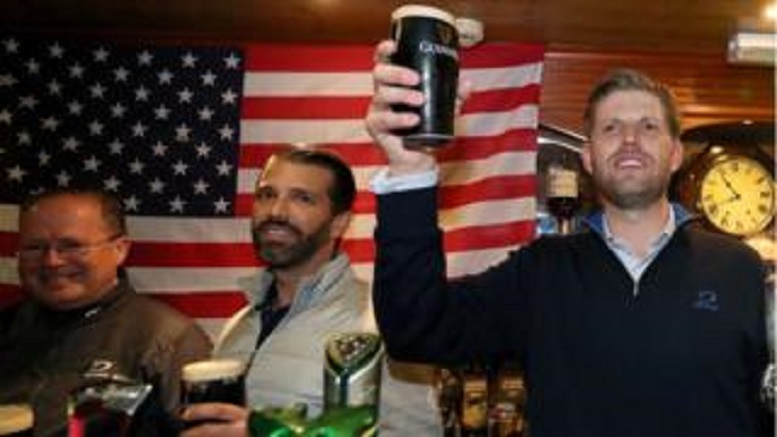 (Doonbeg, Ireland)  A pint of Guinness has spoken out saying that what it always suspected to be true is indeed the case – Trumps do not travel well.

“I’m well aware that many people say I and my kind don’t travel well. Well that goes double for these Trumps, who are even more unpalatable when consumed outside of the United States.”

The pint of stout, which is now making its way through Eric Trump’s kidneys, had a number of theories why the same is true for Trumps. For one thing it believes that the bad taste that Trumps leave in your mouth is more pronounced in Europe.

“Let’s not forget America is the place that actually elected Donald Trump to public office, so someone must like him there.”

Just like with a less-than-optimal pint of the black stuff, it says you should make the most of things once you’ve already handed over your money – meaning you might as well throw that substandard jar down your gullet and view the overseas spectacle your tax dollars paid for.

“And if you throw up afterwards, so be it.”