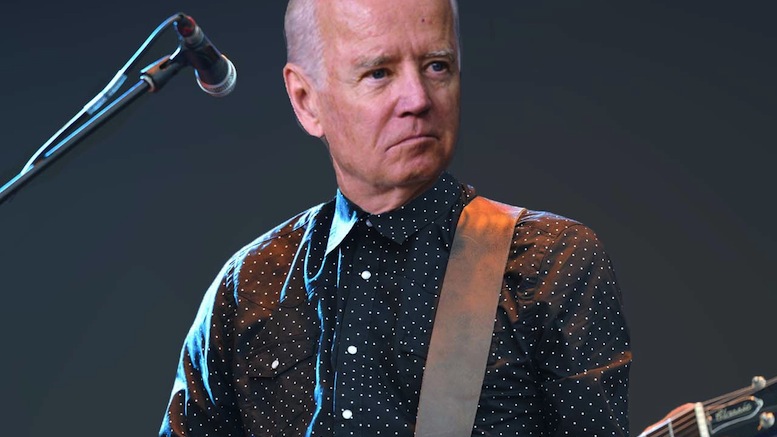 Pitt students were treated to yet another musical extravaganza today at the Petersen Events Center in Oakland – acts who have previously performed at the famed venue include indie band Silversun Pickups, Wiz Khalifa, Ariana Grande, and Nine Inch Nails.

Today’s concert featured a relative unknown, Joe Biden, though you wouldn’t guess it from his Kanye-sized entourage including multiple stretched black limos, backup dancers in dark suits and shades, and, in a novel twist, snipers on the roof.

Students we interviewed hadn’t heard of “Rockin’ Joe”, but said they were always willing to give an unknown performer a chance given that the venue is so close to their halls of residence. They were also impressed with the price – 100% free – though you did have to register in advance.

Biden made the interesting choice of sauntering onto the stage sans guitar and backing band, and instead introduced himself with a lengthy monolog. Most agreed that everything he had to say – which concerned sexual assault on campus – was important and well thought out, but after an hour or so some got impatient for the music.

“For a Rockstar he sure likes hearing the sound of himself just talking.”

Sensing he was loosing the audience, Biden launched into a performance of “Oh My Darling, Clementine” which the appreciative and youthful crowd assumed was an original composition.