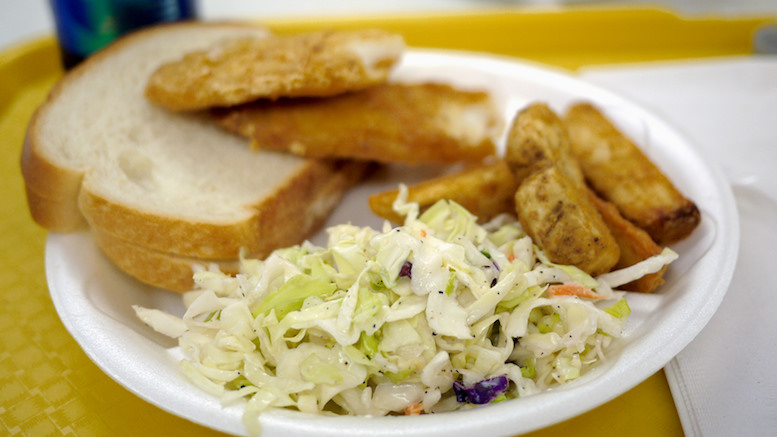 Lent has arrived which can only mean one thing in Pittsburgh – Fish Frys! But there is a dark underbelly to the fish fry capital of the world, where you only have to scratch the surface to find tales of ruthless competition and dirty tricks.

Fish fry conflict historian Denis Hubbert from the University of Pittsburgh says there are many factors that contribute to the animosity that plagues Pittsburgh’s fish frys.

“Often these battles are fueled by centuries-old sectarian and nationalist divides originating in Europe. But perhaps the biggest contributor is the cash fish frys can bring in, which leads to barbaric behavior much like with competing drug cartels in Mexico.”

A particular flash point this year is in the town of Carnegie, where the AOH run a fry out of the Ukrainian-American Citizens club, with a competing fry less than a mile away in the basement of the St Elizabeth Ann Seton Parish church.

These days operations are more sophisticated and frequently involve hacking into Church and VFW computers to gather intelligence, which often requires specialists in operating systems like windows 95 and even MS-DOS to be brought in.

Then, of course, there are the fake news operations in which false stories are planted to influence the public – something the clergy of St Elizabeths aren’t above doing when it comes to their despised AOH foe.

“Maybe there’s going to be some damning rumors about their haluski appearing all over social media later today.”

Also important are more traditional espionage operations, in which frys send undercover agents to rival locations, often posing as harmless old ladies looking for a nice piece of fish. The AOH remain confident they can sniff out any spies in their midst this year though.

“We have an old IRA guy here now who picked up a few tricks during the Troubles. If St Elizabeths sends any of their people over we’ll know, and let’s just say honoring the Geneva Convention won’t be the foremost thing on our minds.”