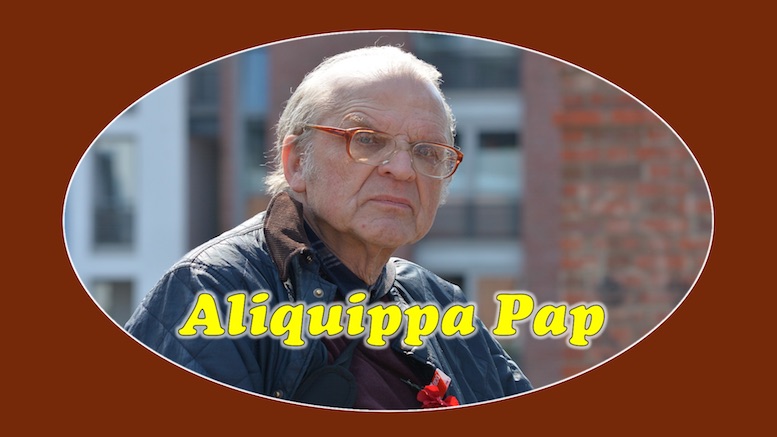 The popular web series ‘Pittsburgh Dad’ will be ending in the coming weeks, as the creative team behind it feels the time is right to go out on a high. The show, starring co-creator Curt Wootton, shot to fame with its easily digestible videolets of ‘Pittsburgh Dad’ firing off about everything from nebbing to kids wanting new toys to play with when there’s a perfectly safe set of Jarts in the basement.

However, success inevitably led to competition as others pursued the same idea. Though most were failures – who now remembers ‘Monongahela Mom’ or ill-advised talking dog show ‘Sewickley Spot’ – there is one standout that most critics regard as superior to all, ‘Aliquippa Pap’.

Even director and co-creator Chris Preksta had to admit that ‘Aliquippa Pap’ has a winning formula he couldn’t compete with anymore.

“By going back one more generation, yinz get twice as much crankiness right there!”

“A toilet in the basement? Oh the luxury down in Pittsburgh! We have an outhouse and use newspaper for toilet paper – the neighbor’s newspaper because we can’t afford a subscription!”

Pap also tore into a recent Pittsburgh Dad episode about nails being kept in a Quik can in grandma’s house.

“You have spare nails? Well La-Di-Da, Pittsburgh Dad. When’s the Queen of England coming over for tea and crumpets?”

While Pittsburgh Dad is well known for getting agitated over ‘Dem Stillers’, his Aliquippa counterpart takes the unusual attitude of hating all sports for being ‘just a bunch of idiots running around’. He’s also not impressed by anyone bragging about playing in college.

“I played sports out of high school too. Little game called Vietnam.”

Even Wootton admits he is a fan, and is said to be looking for a new job already.

“I have seen the future of cranky character-based comedy in Western Pennsylvania – and it’s called Aliquippa Pap!”