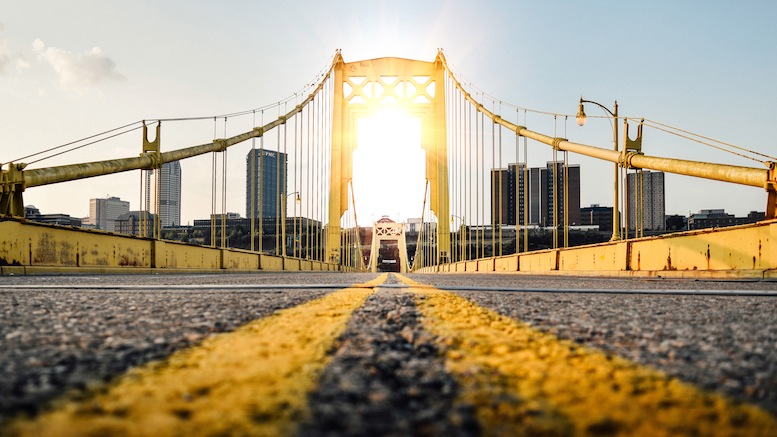 (Pittsburgh, PA) At a brainstorming session for new initiatives to adopt at City Council today, someone – who exactly is not yet known at this time – suggested Pittsburgh implement a proper road system instead of the ad hoc system of compacted earth and rubble it has used until now.

The proposal was quickly approved in a straight-up vote, however many are now saying the Peduto Administration, which is known for pushing progressive agendas, may have gone a step too far this time.

Opponents say the audacious plan threatens to ruin the Pittsburgh we know and love, and could wreak havoc as Pittsburghers start to arrive at meetings and events on time.

“Our entire way of doing things here is based on everywhere being almost impossible to get to.”

They also point out that many city residents could be economically impacted, and not in a good way.

“Implement this evil scheme and our sidewalks will be filled with destitute car mechanics and tow truck drivers.”

They claim the damaged rims industry, worth tens of millions to the local economy, would be destroyed – though proponents of the change point out that is money we already have that could be spent on something more pleasurable.

“Believe it or not there are some cities whose residents get to spend their disposable income on going out to dinner and a show instead of perpetually repairing wheel axle damage.”

Older Pittsburgers are especially opposed to any change to Pittsburgh’s so-called roads, saying as soon as you replace them with the real thing, they will be missed.

“Germans may say driving a sports car on a perfectly poured autobahn is a thrill, but it’s not nearly as much fun as navigating a crater-filled wasteland in my winter beater.”