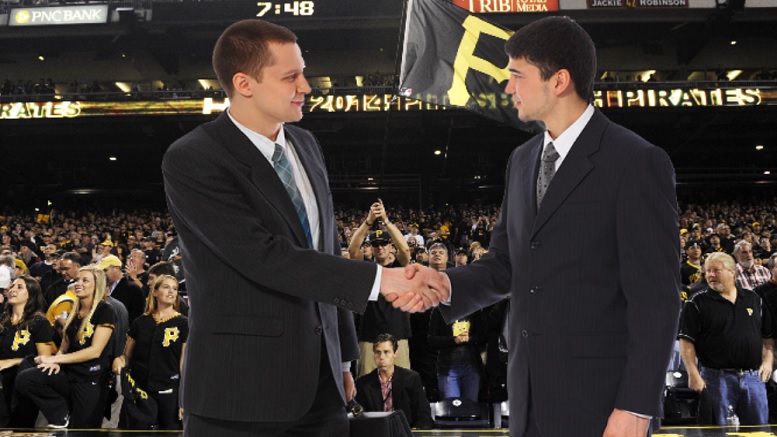 Following the news that the Pirates have acquired pitcher Chris Archer just as the trade deadline approached, local fans have finally discovered what Neil Huntington has grown to realize over the past few months, if not years.

“Our big mistake was focusing on selling tickets to see the game of baseball, when what Pittsburgh really wants to see are bold skillful negotiations.”

Pirates fans who’ve been critical of management up until now called in to The Fan radio station to confirm it.

“I already said I would never pay to watch this team play ball again, and I still mean that, but just you try and keep me away from one of their negotiations!”

The crowd at today’s afternoon negotiation at PNC park beat that of the home opener, and fans are even coming to appreciate the poorly attended Andrew McCutchen trade negotiation earlier this year.

“At the time I was so disappointed. I thought they were doing everything wrong and we had to contend with a rain delay on top of it. But in hindsight that turned out to be a great negotiation!”

Always enthusiasm is building for next season, whether the Buccos make the playoffs this time or not.

“I’m just hope the ownership has the sense to switch over to a full regular season of 162 negotiations when 2019 rolls around.”