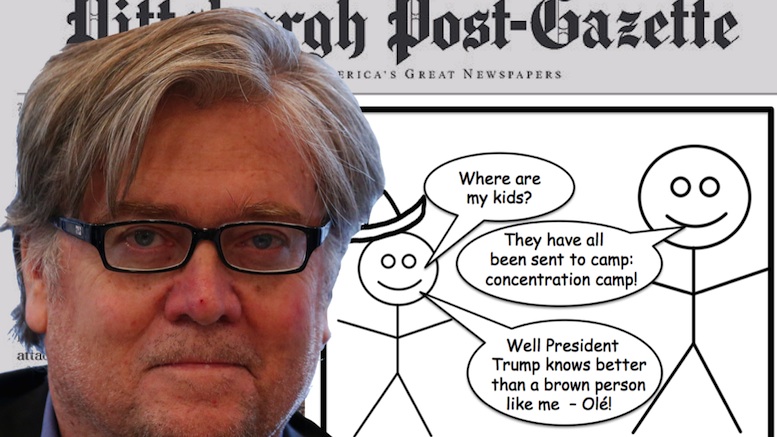 Cannon revealed that is not his real name, which he is with-holding as he doesn’t want people to be influenced by his previous career.

“It might be a distraction to enjoying my cartoons purely on their merits.”

Unlike, Rogers, Cannon plans not to direct all his fire at President Trump.

“Expect to see much more about idiot politicians who are currently ruining our country like Barack Obama, Hillary Clinton, and that clown FDR.”

Post-Gazette publisher and editor-in-chief John Block commented on the Rogers firing, saying it was because he was too angry.

“Admittedly Reeve is also a very angry cartoonist, but in a way I feel much more comfortable with.”