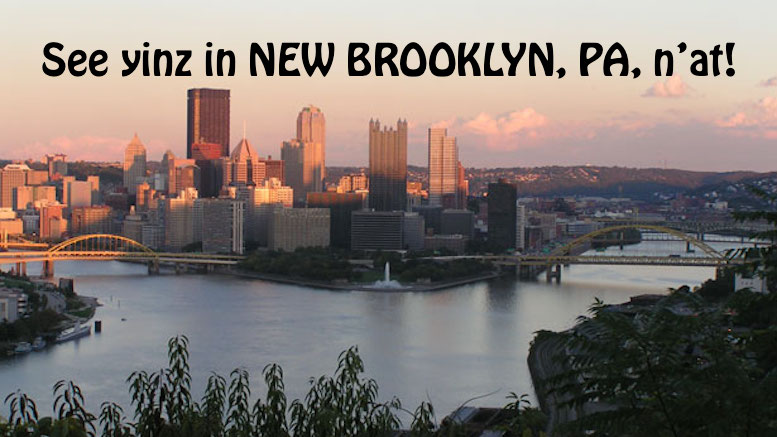 The rust belt city that is synonymous with reinvention, Pittsburgh, is about to embark on the final step in moving beyond its outdated image as a smog ridden industrial relic – by changing its name.

Mayor Peduto’s office announced the change today as long overdue for a city that has embraced the new digital economy and hipster culture of the 21st century.

With the name of Southwestern PA’s largest metropolis no longer being Pittsburgh, private entities will have to adjust, with the most obvious case being sports teams.

“The New Brooklyn Steelers still works I guess but the Pirates and Penguins will have to change their names. Maybe to the Buccaneers and the Badgers but that’s their call.”

Critics who object to the implied secondary status of the name ‘New Brooklyn’ need only look to New York City to realize their fears are misplaced.

“The town of York in the United Kingdom may be perfectly nice, but you don’t see the United Nations setting its headquarters there. Soon the current Brooklyn will only be an afterthought compared to where it will be at – New Brooklyn PA.”

Though the change won’t happen for a year, Pittsburghers – make that New Brooklynites – are encouraged to adopt the new name well in advance of the formal changeover.