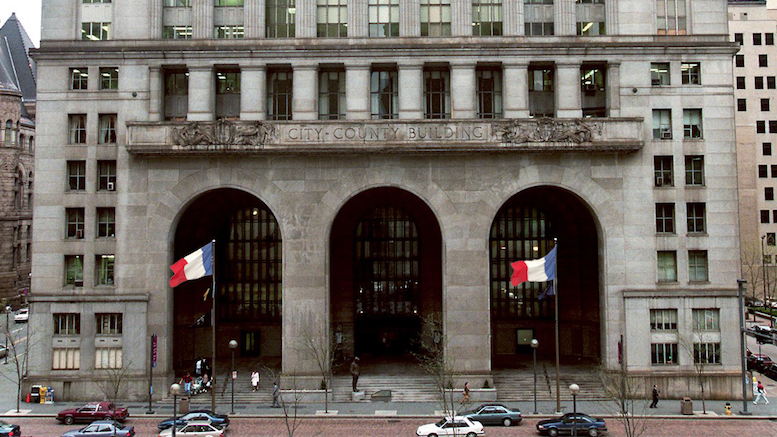 The City of Pittsburgh has abruptly left the United States following a whirlwind of dramatic events triggered when President Donald Trump said he was ‘elected by the people of Pittsburgh, not Paris’ as he withdrew from the Paris accord on measures to mitigate climate change.

The remark was considered doubly wrong as it implies Pittsburgh is still the dying rust-belt city it was in the 1980s when Trump last read a newspaper, and Pittsburgh did not in fact go for Trump in the 2016 election, though many regions outside the city limits did.

Pittsburgh Mayor Bill Peduto was so angered and embarrassed by the remark that he immediately put in a call to newly elected French President Emmanuel Macron to explain he was not a Trump fan. Macron said he completely understood, and issued an on-the-spot invitation to join the French Republic. After a moment’s hesitation Peduto accepted, and, though the measure has to ratified by plebiscite tomorrow, it is expect to pass easily.

At that point Pittsburgh will officially become part of France, and will be administered as part of the administrative région of Occitanie, with the option to become a more autonomous overseas department like French Guiana at a future date if desired.

It is not known at this time how President Trump will respond to the French Tricolour flying in front of Pittsburgh’s City-County building. Président Macron has advised Pittsbearguers to surrender peacefully whilst whistling La Marseillaise if confronted by U.S. forces, and promises to vigorously pursue a United Nations Resolution condemning the illegal detention of French citizens by the United States.

The International Community has already indicated informally that it recognizes the legitimacy of French Pittsburgh, especially as the city was founded by the French as Fort Duquesne in the 18th century.