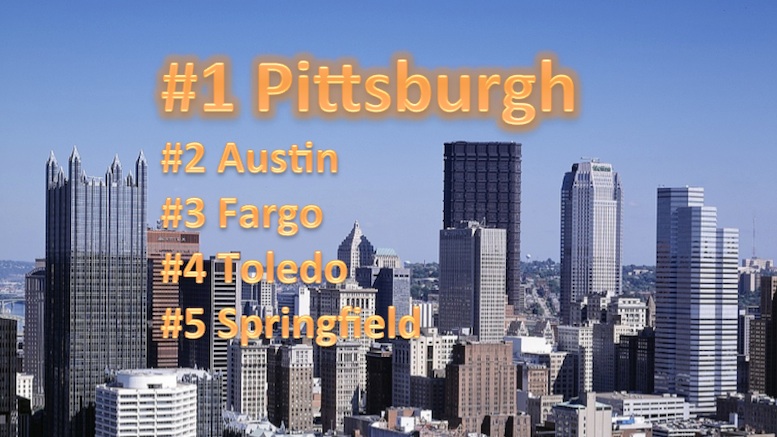 Pittsburgh – often a winner of most livable city polls – has yet again topped a list, with Austin a distant second. In this case the list was of cities that most like to top lists. Austin Mayor Steve Adler admitted his city never really stood a chance.

“It’s no secret that Pittsburgers are fiercely competitive by nature. We graciously admit defeat.”

The list was published by Enumerators Weekly, the periodical for lovers of rankings and ordered categorization. Editor-in-chief Amanda Bernoulli explained the process used.

“We looked at all the cities that regularly top lists and analyzed how much the residents and local media in each city liked to highlight their city’s appearance on said lists. Pittsburgh was out in front by a mile.”

Mayor Peduto was ecstatic to learn Pittsburgh had come out on top in another compilation of facts and statistics.

“I’m pleased to see Pittsburgh’s enthusiasm for topping lists is finally getting the recognition it deserves, fittingly in the form of topping yet another list.”