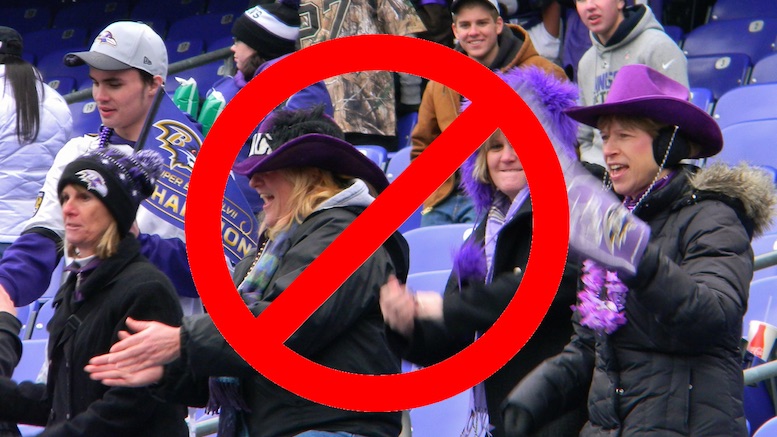 As in airports all across the United States, Pittsburghers turned up at the Pittsburgh International Airport over the weekend in a show of support for refugees.

Sadly, however, Pittsburgh’s support for refugees has its limits, as the city harbors deep seated tribal resentments that are hard to overcome.

These were manifested in the signs the protestors waved, which said things like “Yinz are all welcome here, unless yinz are Ravens fans”.

To our great shame, some Pittsburghers are taking it even further, calling for Ravens fans already here legally to be deported.

When it’s pointed out that there is no border between Pittsburgh and Baltimore to keep them out, they say there’s a solution to that.