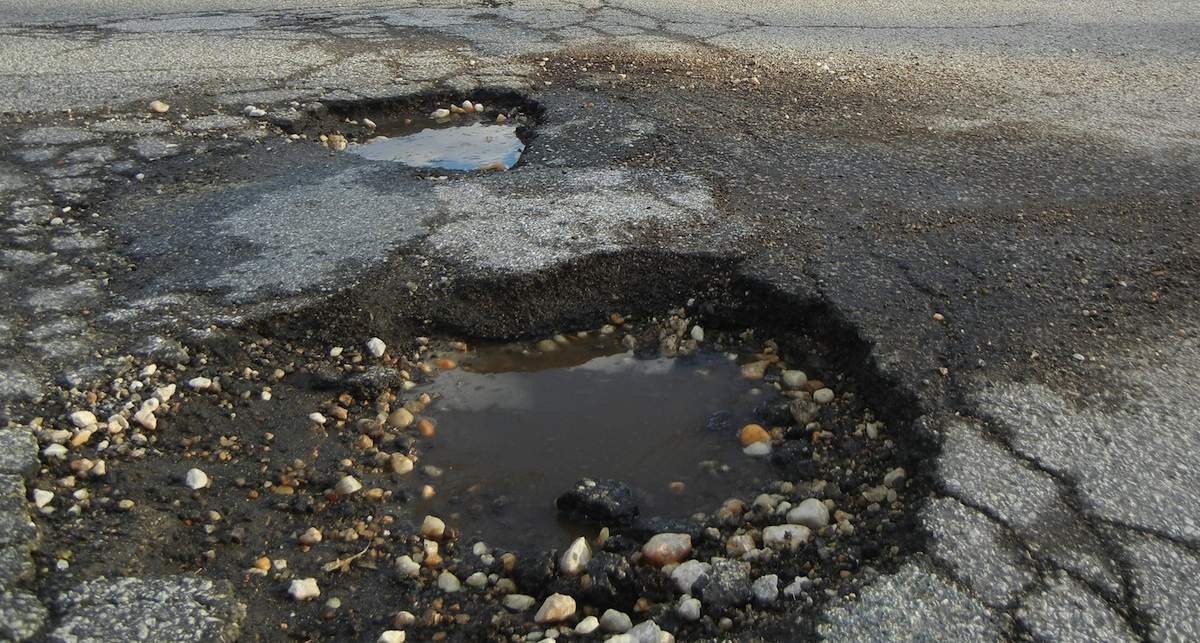 It’s an exciting time to be a driver in Pittsburgh as the City’s ambitious goal of lowering all its roads appears to finally be within its grasp. Though long talked about, and previously tried without complete success, the gargantuan program to lower all the City’s streets and alleyways by a foot or more looks like it could succeed this time.

To avoid showing favoritism to any part of the City, the road-lowering project is being conducted on all roads simultaneously. In order to avoid widespread closures, the lowering is being done in a patchwork style, so drivers can still use the roads by carefully navigating between the areas where work has already commenced.

“They don’t seem to mind because they understand that one day they will benefit from the lowered roads when it all comes together.”

Some have questioned why it’s necessary to lower the roads in the first place. But the benefits of lowering all the City’s roads are multiple, according to officials at the Department of Public Works.

“Back when these roads were designed, there were no high-riding SUVs of the kind that are so prevalent today. By lowering all the roads by a foot or more, elderly people on sidewalks struggling to climb into these popular vehicles will have a much easier time.”

In addition, lowered roads mean less construction is needed if a bridge or overpass has to be built.

“It’s all about bridges and helping the elderly, two things very close to Pittsburgh’s heart.”

They are particularly pleased with the progress made in recent weeks.

“There’s been great progress all across the City, especially in the Bloomfield and Highland Park neighborhoods. I took my kids to the Zoo the other day and was hugely impressed with how close we are to lowering the roads there by a foot and a half.”

City residents are so effusive about the progress so far that a dedicated 311 hotline has been established to handle all their expressions of gratitude.

“Everyday it gets flooded with calls about how well the project is coming along. People seem amazed at the extent to which we’ve managed to lower parts of their street already. It’s genuinely touching to hear how much we are appreciated.”

Still there are concerns that, as in years past, they will run out of steam by April and will have to stop short of their goal. This happened last year when, despite getting so close, they determined they would not finish before the budget ran out and had to build the roads back up to their original height in the interests of public safety. City officials admit there remains the possibility that will happen again this year, but insist there’s no reason to lose heart.

“Remember – these fixes are extremely temporary, so, come this time next year, we’ll be even closer to our goal than ever before.”