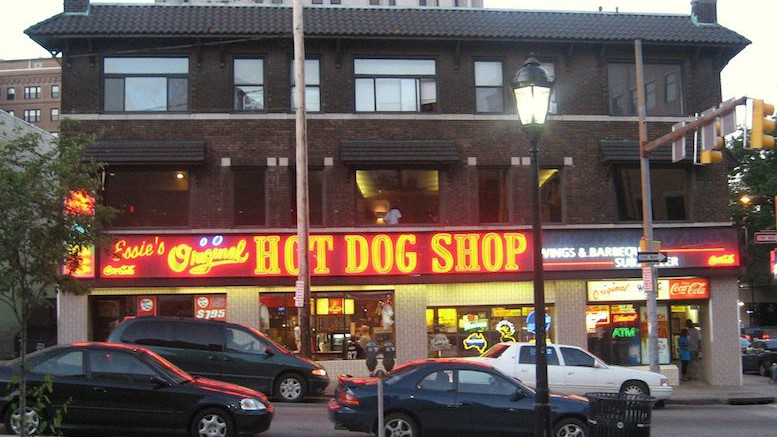 Pittsburgh favorite The Original Hot Dog Shop in the Oakland area of the city is about to become a lot more famous as it has been selected for addition to the UNESCO list of World Heritage Sites.

“The current listings in North America mostly fall under the natural wonder category so we felt there should be more man-made sites of unique cultural import. There’s the Statue of Liberty but that was a present from France so it doesn’t really count.”

Being just over 60 years old, the ‘O’, ‘Big O’, or ‘Dirty O’ will be the new kid on the block, joining longstanding World Heritage structures like the Megalithic Temples of Malta (3600 BC), Newgrange in Ireland (3200 BC), and the Egyptian Pyramids at Giza (2630 BC).

“Obviously with hot dogs only originating around 1900 it would be unreasonable to expect an eating establishment like the ‘O’ to date back to Babylonian times.”

The shock listing came after UNESCO directors put out a call to cities across the United States to nominate structures of outstanding cultural significance. Pittsburgh’s museum directors and cultural stewards were almost unanimous in recommending the legendry Oakland institution.

“A few went with Primanti’s instead. It’s true its even older, but we were reluctant to list its Strip District location as we felt utter uniqueness is an essential part of the World Heritage ethos, and Primanti’s will soon have 30 restaurants distributed across 5 states. And, no, you can’t add a sandwich to the list – it has to be a place.”

There was also a worry that the ‘O’ wouldn’t be admitted because of its association with late-night fisticuffs.

“That’s never been a serious obstacle. Do you really believe the Taj Mahal hasn’t seen its fair share of drunken brawling?”

Being on the list means the ‘O’ can’t cease selling hot dogs or be otherwise altered, and it will enjoy special legal protections according to the Law of War under the Geneva Convention in case of conflict. Of course nothing can last forever.

“Just as all but one of the Seven Wonders of the Ancient World are no longer with us today, so too will the buildings of the Roman, Greek and Mayan cultures disappear, meaning places like the ‘O’ will be the oldest known structures that later generations will have to cherish.”

Even with the ‘O’ now guaranteed to survive well into the future as a physical place, details about how people lived are often lost much earlier to the mists of time, giving rise to deep questions that may never be answered. At least in this case, however, we can make a good guess as to what one of those future questions will be.

“However did our ancestors ever manage to eat all them fries?”