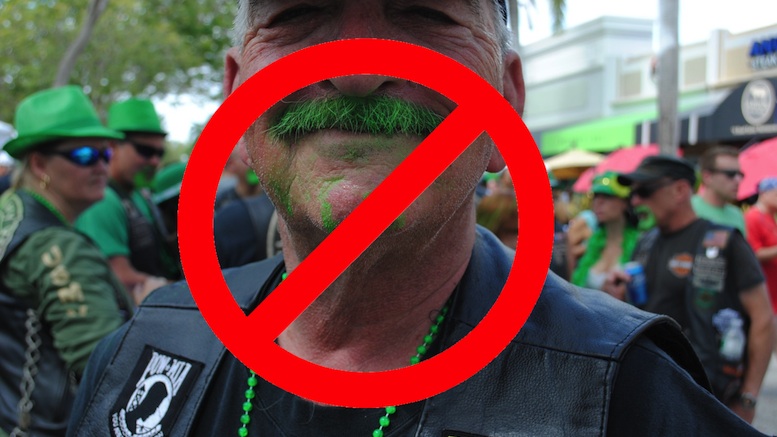 (Pittsburgh, PA) A lawsuit filed by the Republic of Ireland in the Allegheny County Court of Common Pleas is seeking damages from the city for ‘misappropriate of cultural properties in the form of a publicized parade for economic gain’.

The timing – just before the St. Patrick’s Day parade – is likely deliberate and Pittsburgh is understood to have been chosen by Ireland as a ‘test balloon’ as it has a large parade – implying hefty royalties – but fewer resources to defend itself legally according to the State Attorney General’s office.

“New York City is much bigger than Ireland so it’s a smart move to try this here first.”

The Parade will still go ahead, but will now be called the March Parade so as to avoid facing stiff penalties should Ireland prevail at trial.

“Obviously with this litigation working it’s way through the courts we can’t afford to take any risks.”

School bands will still be able to march as long as their identity is Italian, Polish, Ukrainian, or straight up-American, whatever that is. The region’s Irish dancing schools are said to be out of luck unless they learn to polka very quickly. Other things that will not be permitted are wearing green, singing Irish tunes, and drinking.

“At first we thought banning green beer and whiskey would be sufficient, but on the advice of counsel we’re prohibiting consumption of all alcoholic beverages.”

This is believed to be the first time a country has sought legal remedy through the courts for cultural appropriation though it’s not believed to be born of malice. More likely, according to local resident Máire Micheál O’Muirgheasain, it’s the Irish being clever in these austere times.

“My sense is we as a people have no problem with you celebrating our national holiday – we just want to be paid for the use of it.”

2 Comments on "Pittsburgh’s St. Patrick’s Day Parade To Be Stripped Of References To Ireland After Republic Files Lawsuit"