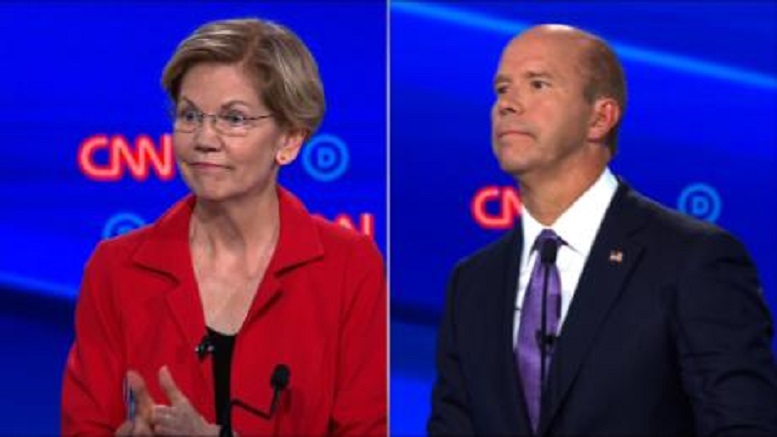 The candidacy of Elizabeth Warren is up in the air tonight after authorities arrested and charged the Massachusetts Senator with the savage murder of one John Delaney.

Authorities are confident they can secure a conviction as the brutal killing was witnessed by millions of people watching it transpire on CNN.

The fatal incident occured when Warren tried to stir things up and Delaney argued that things should be left essentially as they are. Warren laid into Delaney shouting ‘What’s the point of you?’ before finishing him off. Police are insisting that Warren not receive bail as there are concerns she may kill again.

“We fear she may choke the life out of John Hickenlooper given half a chance.”