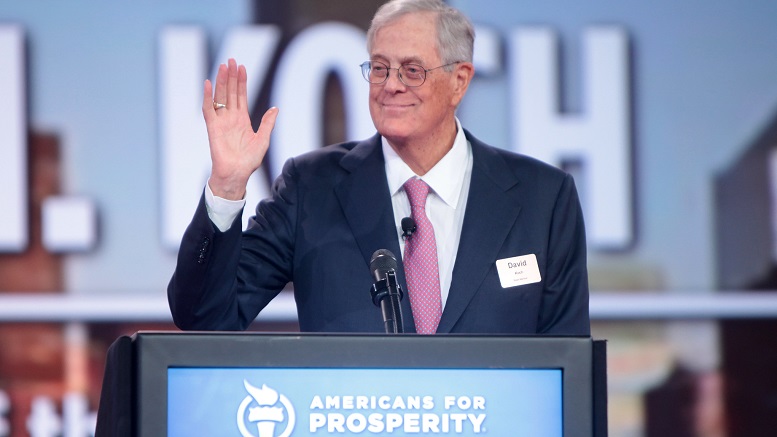 The passing of billionaire David Koch was acknowledged by the bank accounts of thousands of politicians today, who say this one has hit them hard.

“I feel so empty inside.”

They recalled Koch as a man who will be sorely missed, and that what he meant to them could not be expressed in words.

“But it can be expressed in terms of cash – so much cash!”

They expressed concern for their account owners, who will now have to cast votes in Congress without David Koch there to tell them what to do.

“Most of them have no experience of not being bought off, the poor things.”

Fortunately they say his brother is still around to tell them how best to further enrich the Koch empire as the expense of everyone else.