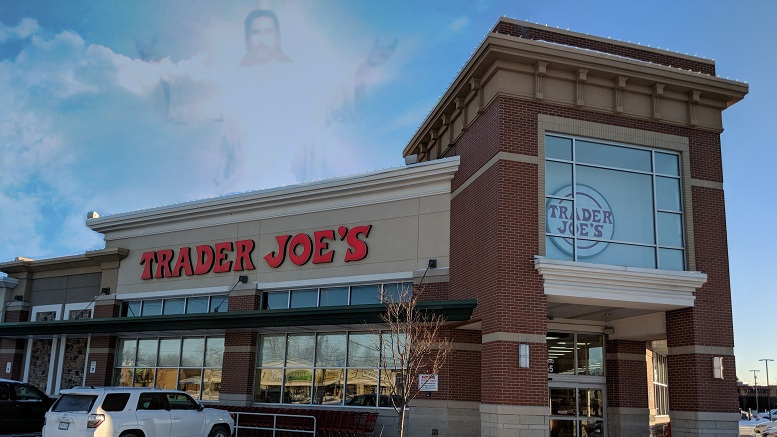 A representative of the Holy See is California bound tonight, where a modern-day miracle has occurred that has been shared widely on social media. A poor wretched woman far too physically weak to wear a mask at a local Trader Joe’s is suddenly rejuvenated with lung power that would make an opera singer jealous. The Vatican has compared it to previously acknowledged miracles like that of Fatima and the healing of the Blind Man of Bethsaida as recounted in the Gospel of St. Mark.

“Truly, the Almighty has revealed himself in North Hollywood.”

Elsewhere others describe numerous examples of people with grave lung conditions – leaving them barely able to draw breathe at all let alone through a thin layer of cloth – abruptly transforming into healthy individuals with well-above-average lung capacity. Medical experts say they are clueless as to what mechanism could cause patients with severely debilitating pulmonary ailments to suddenly appear fit as a fiddle in every respect.

“As a believer in Science it pains me to say this but it appears that the hand of Jesus is at work here.”

In what is being described by Pope Francis as the Miracle of the Grocery Stores, accounts abound of similar events in Targets nationwide, as well as in a slew of local supermarket chains including Giant Eagle right here in the Pittsburgh area.

“I implore the faithful to pray to Saint Karen so she me continue to help the most enfeebled among us.”

As well as restoring athletic levels of lung function, those cured are also given boundless energy, as evidenced by their newfound ability to get in multiple people’s faces in quick succession and deliver long monologues about how their constitutional rights are being trampled upon.

“Obviously someone still stricken with their ailment would be unable to engage in such a vigorous display of physical prowess, proving once again that some benevolent supernatural force is at work.”