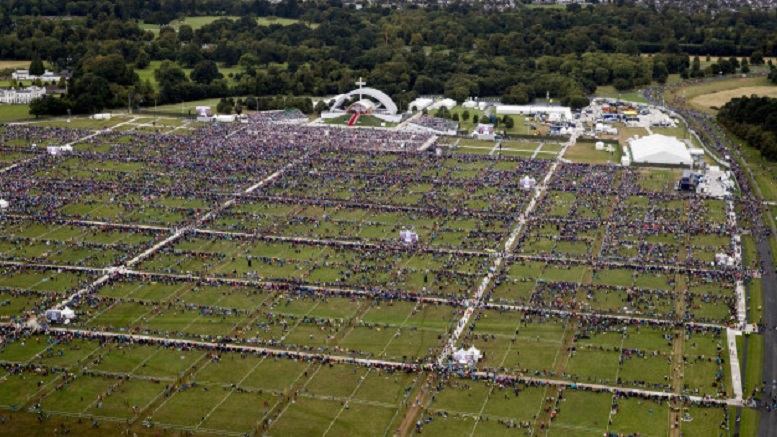 As he left Ireland following a two-day visit to the historically uber-Catholic country, Pope Francis asked that he be put through to President Trump despite their previous frosty relationship.

“Only 130,000 showed up to mass in the Phoenix Park and we expected half a million, so I need his expertise.”

“Yet somehow he manages to convince his followers he had more at his than Obama – despite categorical evidence to the contrary!”

Trump reportedly advised Pope Francis to think big and insist his mass not only exceded expectations, but drew more than the 1.25 million people that attended Pope John Paul II’s mass there in 1979.

“He also suggested that I blame everything on JP, even stuff that happened after he died. I tried it and it really works. That Trump is a miracle worker!”