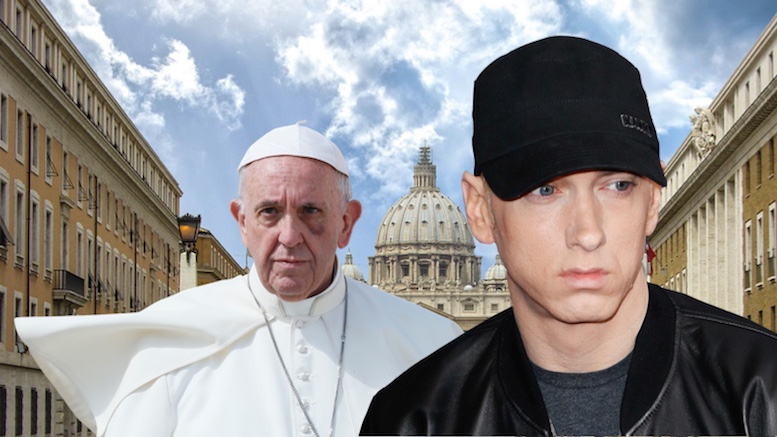 Saying he wants to update the Lord’s Prayer to make it more relevant to modern people who believe in supernatural beings, Pope Francis is teaming up with singer Eminem to completely rework the lyrics.

“8 Mile is my favorite movie, after The Last Temptation of Christ of course, but then no-one tops Scorcese.”

Francis said he was inspired to involve the American rapper on the project after seeing him perform on comedy-sketch show SNL recently.

“He really laid down some slap on that mofo Trump, whom I’m no fan of in case you hadn’t noticed.”

The Pontiff has already started working on revisions, but with large sections of the old version simply crossed out with ‘Dank Verse’ written on top, he is keen to get into some freestyle battles with Eminem as soon as their schedules permit to see what they come up with.

“One thing I can guarantee is that this is not going to be your Daddy’s Lord’s Prayer, unless you’re Eminem’s daughter, in which case it will be.”