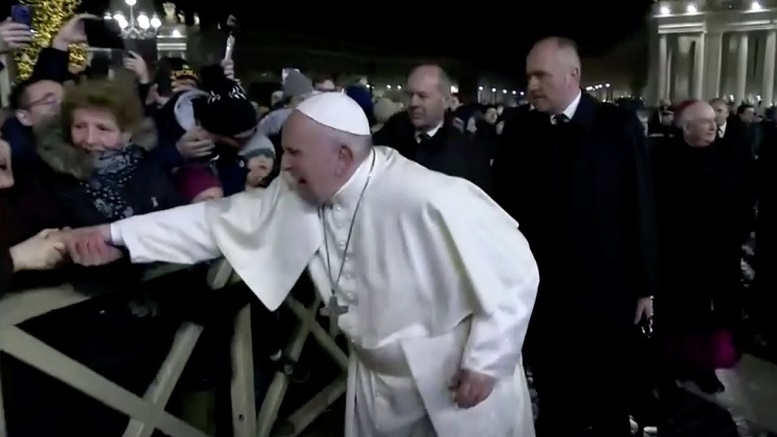 (Vatican City) Pope Francis has clarified his earlier apology for slapping the hand of a pilgrim who forcefully grabbed him, saying it shouldn’t be taken as a sign that he will tolerate that kind of behavior in the future.

“Patience is a virtue – but there’s a limit.”

The Pontiff, who hails from Argentina, is said to be a master of Brazilian Jiu-Jitsu, and is not afraid to use it.

“You try to yank my arm out of its socket and you’ll learn what an Osoto Gari Takedown is real fast.”

He added that his reaction was restrained given how much the pilgrim’s aggressive actions had hurt him.

“I could have sent her over the dome of St. Peter’s Basilica if I’d wanted to, but I didn’t.”