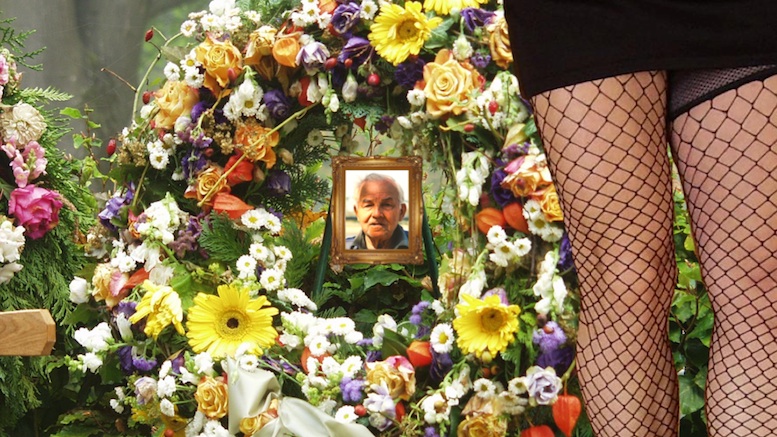 “Lots of people would turn up at my office to show me how big their dick was. But his wasn’t only very big. It had character.”

With his nagging suspicions confirmed, he promptly got himself tested, only to find he was one of the lucky ones. Thereafter he became a leading proponent of regular testing in the industry, though he drew the line at mandatory condom use.

“You don’t send Olivier onstage to performer Hamlet with a sheet over his head.”

“He would turn up on time without fault, be freshly showered, and always give you a heads up before shoving a thick cock in your ass.”

Though he settled into a quiet retirement as the 1980s came to a close and younger better-groomed performers started to become fashionable, the dawn of the internet age brought new opportunities such as old man/teen girl fetish sites.

“He took to it like a fish to water.”

18-year-old industry newcomer Nailher Swyft collaborated closely with the octogenarian right up to the very end. She became very emotional at the thought that she would never get to see or blow him again.

“He was like a father to me, but the kind you fuck on camera to make money.”

Attendees are expected to include Ace’s three ex-wives, numerous former girlfriends, and hundreds more women – and some men – that he also had sex with as part of his professional activities. The funeral service will be led by Father Dillon Murran S.J., as Mister Reamer was a devout Catholic.

“He will be sorely missed.”

Viewing for Ace Reamer is between the hours of 6pm – 8pm. Mourners who are easily offended should be aware that the viewing will not be of his face.