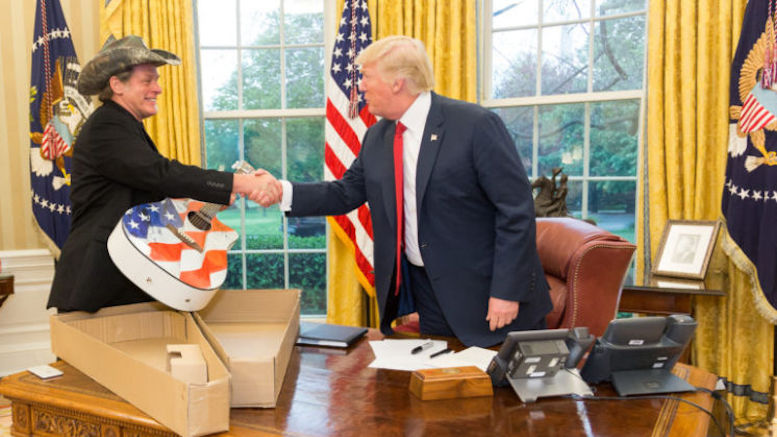 President Trump has sent his regrets saying he is unable to make the traditional appearance at the Kennedy Center Honors as it conflicts with his own Trump Center Honors taking place on the same night in Bedminster, NJ.

Like the Kennedy Center Honors, the Trump Center Honors will acknowledge those for their achievements in all aspects of the performing arts and contributions to American culture, with all awards going to Ted Nugent.

Nugent said he was very touched, especially by the recognition for his accomplishements in ballet, opera, and playwriting.

Also being honored are the runner-ups in all the categories, also known as Kid Rock.

The event will be emceed by a Mrs. Sarah Palin.