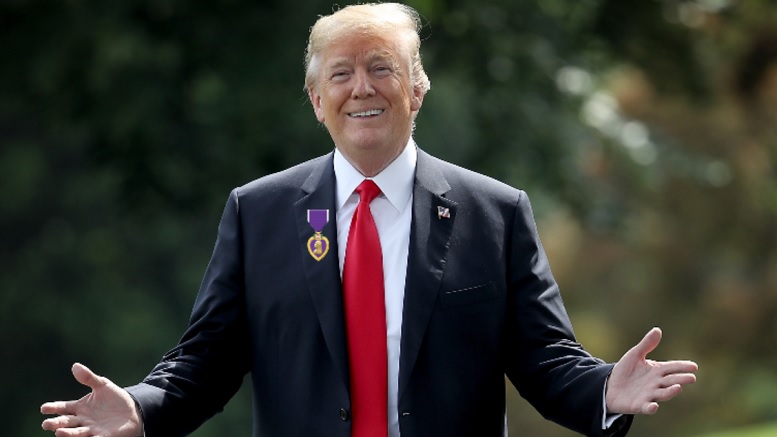 The press pool aboard Air Force One has been granted a special photo op with President Trump who wanted to show off his new purple heart that he awarded himself for injuries sustained ‘In Country’ while attending a summit in Vietnam.

Describing the incident that led to the commendation, Trump said it occurred during his recent ‘tour’, when he misjudged a staircase and propelled his foot into the riser of the next step.

“It got pretty hairy on that staircase, I kid you not.”

Trump said by rights it should have been his second purple heart, as he sustained an earlier injury during an aggressive handshake with Kim Jong-un.

The Commander in Chief added that he was very much looking forward to Veteran’s day, now that he was ‘one of them’.

“I may even brave a bit of rain to attend some events – if my PTSD isn’t acting up, that is.”